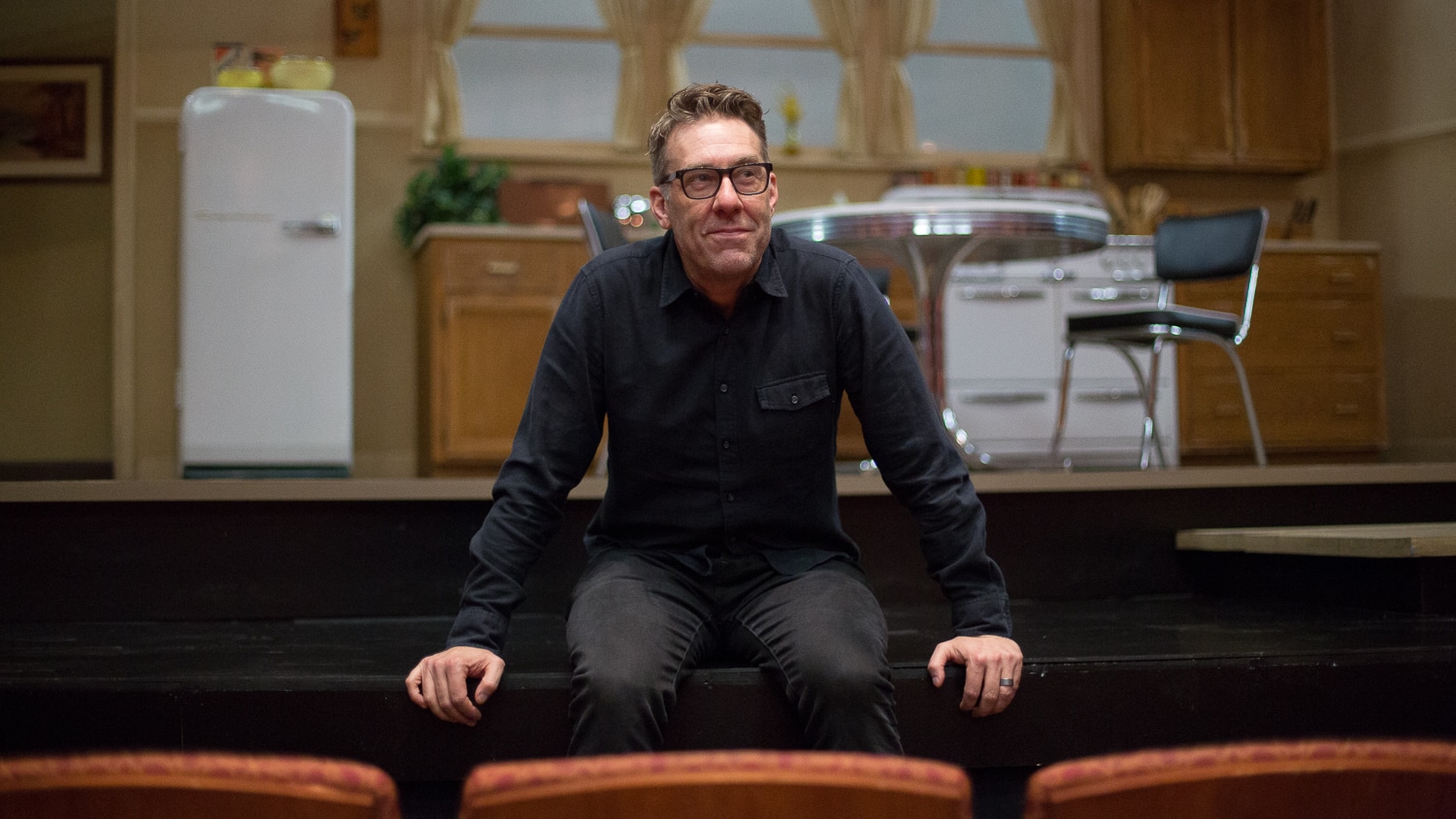 Since he took the helm last year, Ivers has already brought significant changes to the 56-year-old Costa Mesa theater company. One of the most surprising was the recent announcement that SCR’s popular production of “A Christmas Carol,” which celebrated its 40thanniversary this season, will be retired after a final run at the end of 2020. It will be replaced by a different version of Charles Dickens’ beloved tale that will be created specifically for SCR by a new artistic team.

Ivers was optimistic but tight-lipped about the new show. “I have to be careful what I say about it, since some of the ink isn’t dry yet on the team that’s creating it. But it’s definitely being redone from the ground up. It’s got a massive budget. It will feature a new adaptation that of course adheres to Dickens’ novel. And one way or another, I will be intimately involved.”

Does that mean directing it, perhaps?

“It’s hard to say,” Ivers responded. “Some (information) will be announced in the early spring.”

Ivers threw cold water on the rumor that the new production would be a musical. “I suspect there will be more music in it, but I don’t think it will be a musical. Then we would have to lose some of Dickens’ words, which are glorious.”

The 2019-20 season, the first under Ivers’ stewardship, has been marked by other big news. A $5 million dollar gift from the Argyros family was announced last month, one of the largest in the theater company’s history. And Ivers hinted that SCR is about to make a major announcement concerning a new collaborative creative endeavor. “We’re all very excited about this development, which is very big,” he said. The news is coming next week.

Ivers is a veteran of American regional theater. He served more than 20 years as an actor and director at Utah Shakespeare Festival, and for the final six years he was the company’s co-artistic director, sharing administrative duties with one of its founders — a similar arrangement to the one he finds himself in now at SCR. More recently, he was the artistic director of Arizona Theatre Company for 15 months, a tenure cut short when SCR came calling.

Despite his wealth of experience, Ivers said he was taken aback by the intensity of the workload at South Coast Rep.

“I would say the rhythm and the pace of how the organization moves has surprised me. It was just absolutely furious until ‘A Christmas Carol.’ And then there was the slightest reprieve. And now we’re back. It’s really intense until after Pacific Playwrights Festival in the spring. There won’t be a moment to breathe.”

As a result, one of the changes Ivers has made is to push out the planning timeline for future productions and give everyone some breathing room.

“This isn’t a judgment, but we can always be planning earlier. (SCR managing director) Paula Tomei and I have been able to work hard on next season, which is 80 percent there. So we’re really moving up our planning.”

Ives was careful to stay mum about the details, preferring not to steal any thunder from the 2020-21 season announcement, which will be made “hopefully early in the spring,” he said. But he dropped some hints. “There is a relatively unknown Pirandello play that I’m obsessed with. It’s all about madness vs. reality and the masks that we put on. That’s been circulating quite a bit in my brain.”

As for future directing assignments, Ivers, a veteran director, prefers to keep himself mostly out of the mix for now.

“I tend to think less about being part of the creative mix of the 13 plays (to be chosen for next season) and more about curating the kinds of people we get here. I’m most thrilled about how we continue to provide engagement events outside the theater and use our public spaces. Building bridges is (an important) thing for me. We’re creating some crucial access points for the community.”

Ivers did allow himself a directorial slot this year: a production of “She Loves Me,” which opens Jan. 25. The 1964 musical is just one of several reimagined versions of the 1937 Hungarian play “Parfumerie” by Miklós László. It tells a whimsical love story of two office mates who don’t realize they’re secret romantic pen pals. (Other versions include “The Shop Around the Corner,” a 1940 movie starring Margaret Sullavan and James Stewart, and Nora Ephron’s 1998 rom-com, “You’ve Got Mail.”)

Ivers didn’t see the well-received 2016 Broadway revival of the musical, but he’s done his homework.

“It’s a strange sort of classic, because it didn’t do well when it opened. There aren’t any (popular) songs from it.  (Most) people don’t really know it. But one of the reasons we are doing it is it celebrates a love story at a time when there was still a lot of magic in the written word.”

Besides directing and planning the upcoming season, there’s another item on Iver’s “to do” list: a meeting with his new neighbor, Casey Reitz, who was recently appointed president of the Segerstrom Center for the Arts. Like Ivers, Reitz has a strong background in theater: he was the executive director of New York’s respected Second Stage Theater for nine years.

“I’m fairly certain that after we open (‘She Loves Me’), Casey and I will have a meal together. I’m super excited about him. We actually share some colleagues and friends.”

Reitz helped bring two important musicals to life: “Next to Normal” and “Dear Evan Hansen.” Since SCR seems more interested in musicals now, is there a chance of some programmatic overlap or collaboration between neighbors?

“We will be in the business of producing musicals and developing musicals. That’s (part of) our big vision. Of course, it’s on my mind — not just next door but generally. How do we think about and choose who to work with?”

No matter what ambitious direction Ivers decides to take his theater, he’s confident in his crew. “I’m just thrilled that the staff has been so awesome. They’re ready to jump on board. There’s always a been a culture here of just going for it, and I’m confident that’s going to get even stronger.”