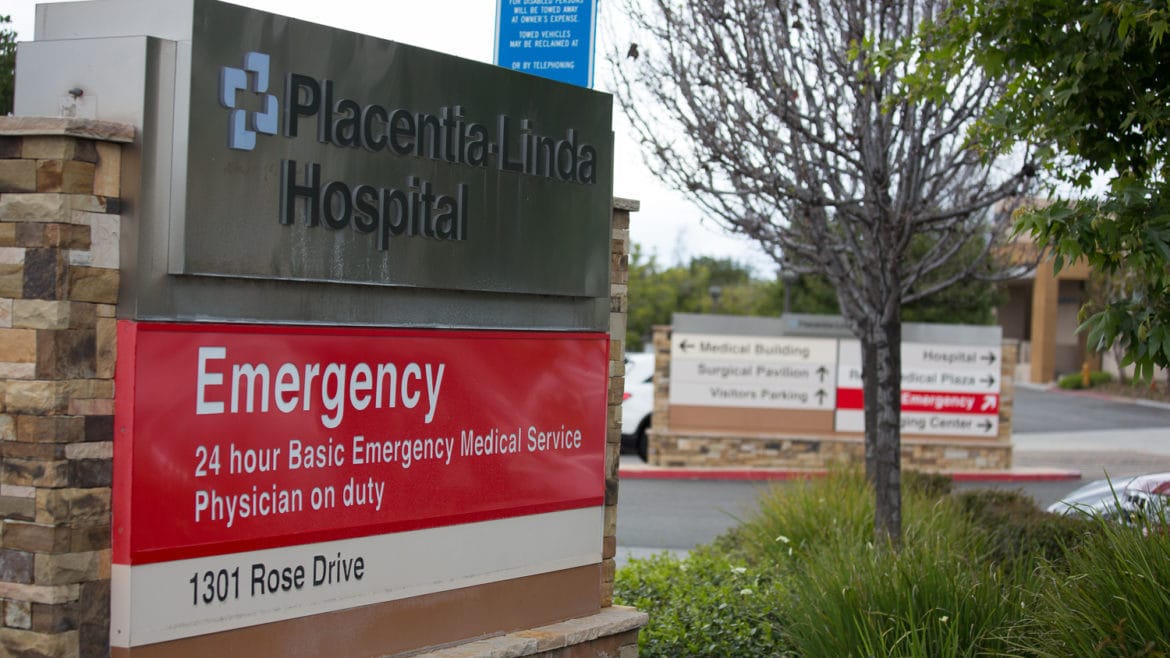 As of Monday, 14 people have died from the novel coronavirus in Orange County and 130 are hospitalized as the number of confirmed cases reached 882 out of roughly 10,500 people tested.

OC officials at a Monday news conference updated the press and the public on the status of numerous initiatives to respond to the virus pandemic.

Editor’s Note: This story has been updated as of 5 p.m. Monday, April 6, to include the latest information from Monday’s news conference.

One of the most immediate concerns voiced by officials is the sheltering of homeless people. The efforts, which largely revolve around renting motels and putting up tents at regional parks, has drawn widespread concerns.

Laguna Woods is the latest community to fight the County’s efforts to use the Ayers Hotel to quarantine elderly and medically compromised homeless people. The city has even threatened litigation over the proposal and Councilmembers will talk about the issue Friday in closed session.

Officials said they’re making progress on the motel situation, despite having the Ayers Hotel back out of its contract over the weekend in Laguna Woods.

“On Sunday we were contacted by the Ayers hotel and they respectfully asked to be released,” County CEO Frank Kim said. “We recently signed an agreement with a hotel in the city of stanton and there are other locations as well.”

Officials won’t name the Stanton hotel because they said the three-month lease is still being finalized.

“That’s something I’ve been advocating for the past few months,” Bartlett said Monday. “So when we’re through this crisis, we can turn these facilities into permanent supportive housing.”

Supportive housing has medical and mental health care on-site, along with a range of other services like job counseling and counselors to help people apply for medical and other benefits.

Questions are mounting over the hospitals’ ability to handle a sudden influx of virus patients as medical facilities were at more than 60 percent capacity last week.

Gov. Gavin Newsom is looking for an additional 50,000 beds throughout California to prevent hospital overloads, he said at a Monday news conference. He also said the virus has killed 343 people in the state.

Newsom also mentioned the incoming beds at the Fairview Developmental Center in Costa Mesa and said the state has roughly 4,600 additional beds “locked down.”

Questions are also mounting over property taxes as the April 10 deadline draws near. Treasurer-Tax Collector Shari Freidenrich said there’s been conflicting stances over whether or not she can waive late fees for people who can’t pay on time due to the virus outbreak.

Kim, said while he can’t speak for Freidenrich, indicated she could look at easing some late penalties and fees.

“She did indicate that, following discussions with her peers and also there was guidance that was released by the California State Association of Counties this weekend, indicating that significant financial impact related to this COVID crisis would be used as one of the accepted criteria, in terms of determining a waiver of interests and penalties and that authority does rest with the local treasurer,” Kim said.

Supervisor Andrew Do said the County will not look to any eviction moratorium, like some OC cities have done.

Instead, County government will rely on one of Newsom’s executive order banning eviction enforcement.

His executive order is the law of the land at this point,” Do said. “To avoid running the risk of conflicting law, we will defer to state action on this matter.”

There’s also been rising concerns from residents who don’t have the option of working from home — the essential workers — over child care, especially after all the schools shut down.

“The waivers will focus on current eligibility and enrollment priorities that prevent child care and afterschool programs from serving children of essential infrastructure workers. The waiver will allow eligibility for child care to prioritize essential workers, including health care professionals, emergency response personnel, law enforcement, and grocery workers,” according to a Saturday statement.

The state is expected to roll out guidelines for the program Tuesday.

Meanwhile, needs for assistance and relief programs at the County’s Social Service Administration is spiking.

“In the last two weeks we have seen over a 65 increase in our call volume,” said agency director Debra Baetz at a news conference last Thursday.

“We’re averaging about 6,000 calls per day,” Baetz said. “In the last two weeks we have accepted over 12,000 applications in all of our public assistance programs.”

Over the past three weeks, the state Employment Development Department has received over 1.9 million unemployment claims, according to the Mercury News.

Congress approved a $2.2 trillion stimulus package, including up to an extra $600 a week for unemployment payments until May 31 to help fill the gap in lost wages.

Meanwhile, the county’s top criminal justice officials have struck an agreement to let prosecutors and public defenders appear for court hearings electronically through video meetings, after a month of concern over how the courts would continue functions like arraignments and custody hearings while maintaining social distancing under health separation guidelines.

An agreement signed by the court, OC Public Defender Sharon Petrosino, District Attorney Todd Spitzer, and Sheriff Don Barnes outlines each office’s commitment to providing video equipment to their employees to appear virtually “for most matters other than preliminary hearings and trials.”

Due to public health concerns around the coronavirus, the courts are scheduled to remain closed through April 24, though that could change if county health officials continue to report new cases and hospitalizations through then.

Barnes said, as of Monday, six inmates tested positive for the virus and 166 inmates are in quarantine — meaning they were near the six inmates, but aren’t showing symptoms and have to be watched closely.

In order to thin out the jails, Barnes said the department had released 327 inmates who were convicted of “low-level offenses” and 108 of them “were designated by the Health Care Agency as medically at-risk.”

In the meantime, the courts will still hold hearings and proceedings deemed essential, like custody arraignments, which they resumed last week.