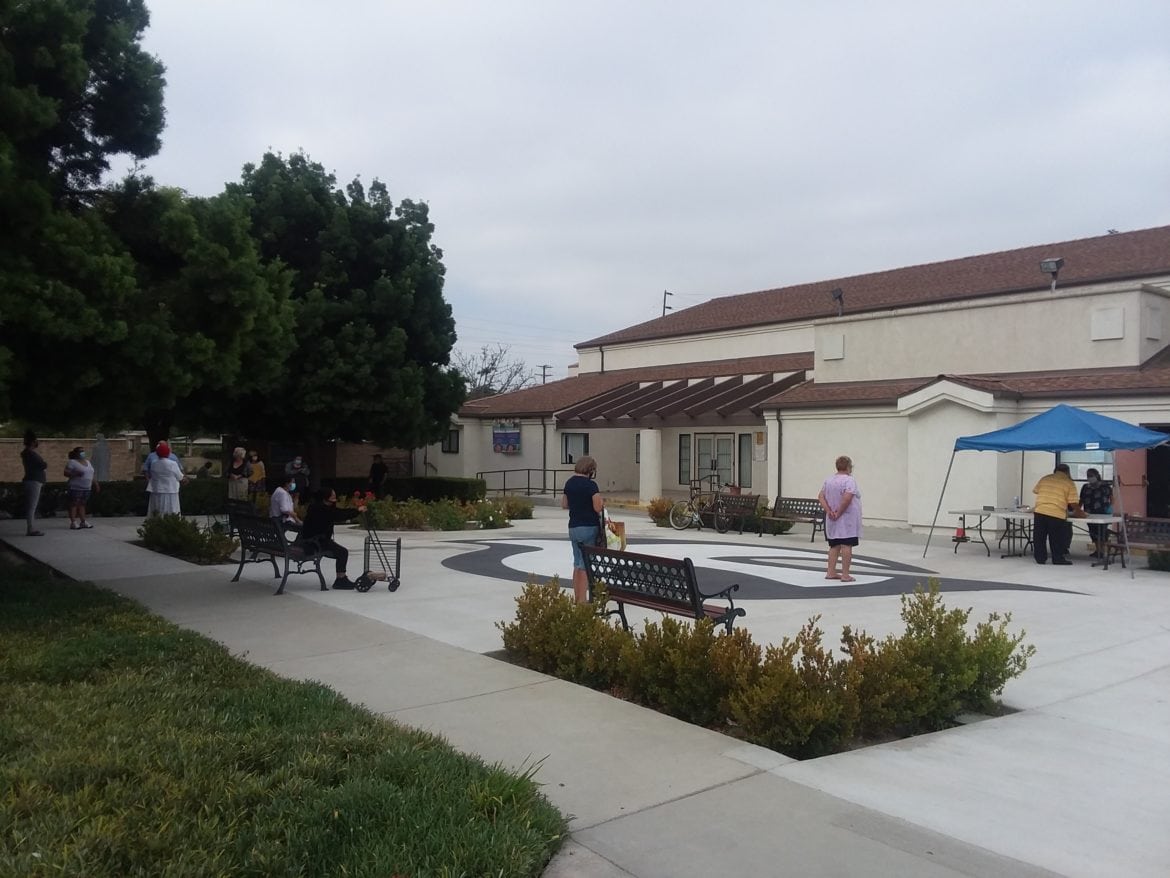 Last year, June 2019, there were 13 people who died “without fixed abode” in OC. So while officially only two people experiencing homelessness have died of COVID-19 in Orange County, since the Governor’s initial “shelter in place” order of March 19, 2020, those living “without fixed abode” have been dying nearly twice the rate as last year — 101 since the initial order compared to 53 over the same period last year.

In recent months, there has been movement, if in comparison to the velocity of just about everything else, glacial, on the homeless front.

It took two months for the County to implement the state funded Operation Room Key. So some 500 people finding themselves homeless, mostly those who were already sleeping in shelters, which due to COVID-19 had to make at least modest provision to social distancing (expanding distance between shelter beds from 18 inches to 3 feet, half that of the 6’ standard that the rest of us get to live by, were able to take advantage of this program.

Additionally, two Navigation Centers – one each in Placentia and Buena Park – have opened, each with a capacity of 150 beds. A third, another 150-bed facility that our Parish of St. Philip Benizi campaigned for last year, will open in Fullerton (about four blocks from our parish) is scheduled to open by the end of the month.

COVID-19 or not, South County has of course been almost completely AWOL regarding these developments, preferring to waste oxygen on impassioned defenses of the rights to golf and to surf, to emphatically NOT wear masks and most recently working extremely hard to make their own kids into disease vectors to kill their parents, neighbors and grandparents.   South County has its own homeless problem and has chosen over these past months to do absolutely nothing about it. Read out the names folks, and count how of these people died in your midst. Can you do better? Of course you can. 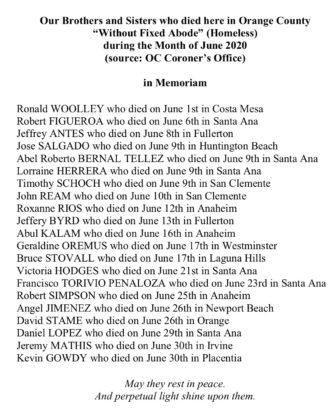