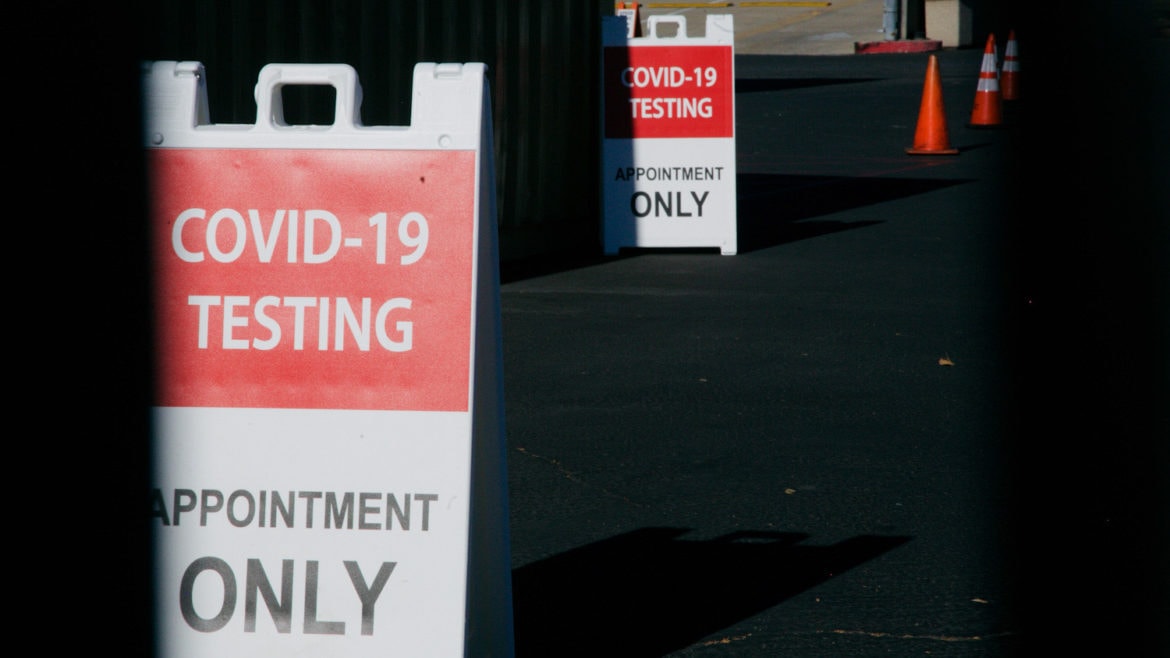 Signs at the county's testing "super site" at the Anaheim Convention Center on Tuesday, Aug. 11, 2020.

Four weeks after Orange County officials opened their largest coronavirus testing site in Anaheim, there is still no ability to sign up in Spanish or other non-English languages.

The drive-thru testing site at the Anaheim Convention Center is a central part of a new county government program to make it easier for people to get tested in the county’s hardest-hit communities of West Anaheim and Santa Ana. Both cities are home to many Latino immigrant families for whom English is not their first language.

The county’s top health official on Tuesday cited the lack of translation as a barrier that could help explain why not all of the testing slots at the Anaheim site are being booked.

“I guess there are various barriers to our [Anaheim] site. So I had a conversation with our leading team this morning. Our registration process is only in English, and we’re looking into translating the registration into other languages as well,” Dr. Clayton Chau told county supervisors on Tuesday during a public update on the coronavirus pandemic.

As of Tuesday afternoon, a few hours after the supervisors meeting, the sign-up form was still only available in English. The Anaheim testing site first opened on July 15 and is open Tuesdays through Saturdays from 8 a.m. to 3 p.m., with tests available only with advance appointments through the sign-up page.

Yet more than a month later, the sign-up page for the county’s Anaheim testing site is still not in Spanish, with neither Do nor any other supervisors raising questions when it came up at their meeting Tuesday.