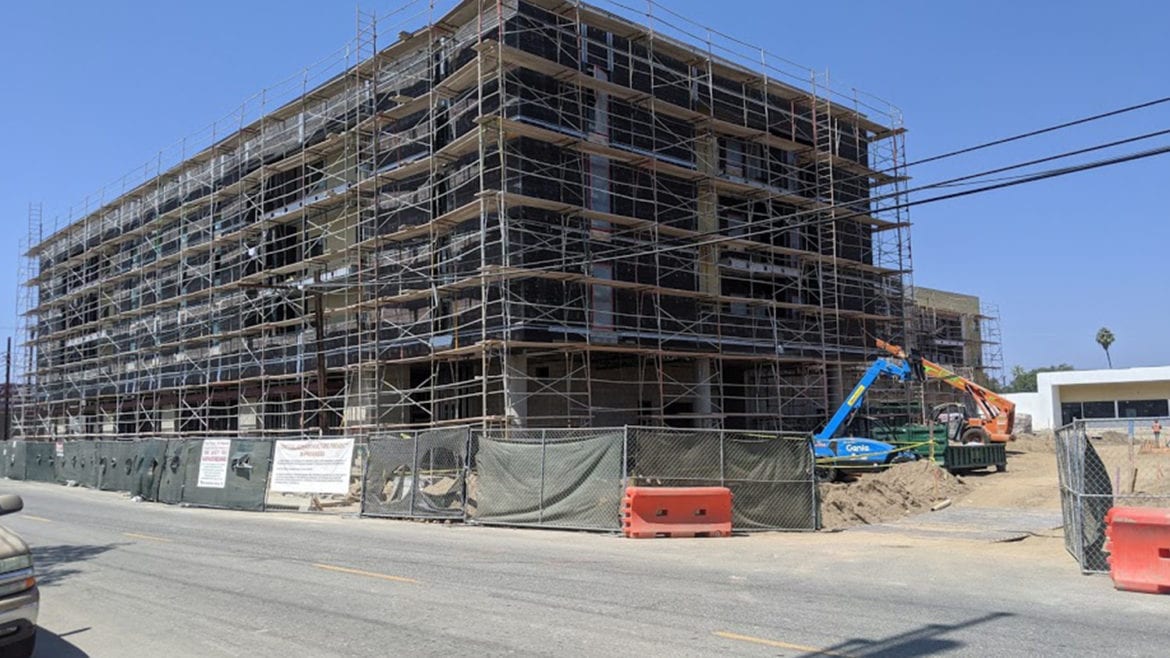 What is the Housing Opportunity Ordinance?

The Housing Opportunity Ordinance (HOO) is a City of Santa Ana policy where certain new developments in Santa Ana are required to either create onsite affordable units, refurbish older housing units, or contribute to an in-lieu fee reserved for building affordable housing. On September 1st, the Santa Ana City Council will hold a second reading of an ordinance that effectively destroys this program.

While most of the public conversation focused on the reduction of the in-lieu fee from $15 to $5, other proposed changes completely eliminate the application of the HOO to new projects within all zoning changes after November 28, 2011. The City Council did this in the most bureaucratic and opaque way possible, by striking section 41-1902 (b) (2) and section 41-1902 (b) (4) of the HOO.

These simple deletions mean that new projects within the Metro East Overlay Zone, the Transit Zoning Code (Downtown), and the Harbor Transit Corridor will no longer have to contribute to local affordable housing if they comply with the adopted plans. This current City Council is also rushing the adoption of the new General Plan update before the November election. The HOO will no longer cover ‘by-right’ projects in the West Santa Ana/Streetcar Corridor, South Bristol Street, Grand Avenue/17th Street, South Main Street, and the 55 Freeway/Dyer Road focus areas once the City adopts its new General Plan. See the map below for the newly exempted areas. 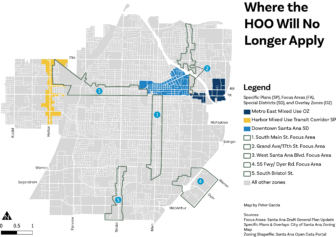 Our review of publicly available reports show a $25,263,001 decline in in-lieu fees from ‘pipeline’ (currently approved) projects and $15,133,310 from anticipated projects. It is important to note that some of these pipeline projects are already exempt from the HOO and that the number of exempt anticipated projects will grow under the proposed revisions. 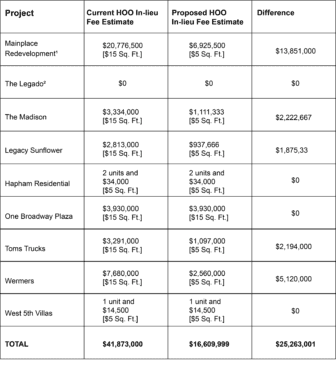 ¹ Estimate based on 1,900 units meeting the regional average size of 729 sq. ft for new apartment units. 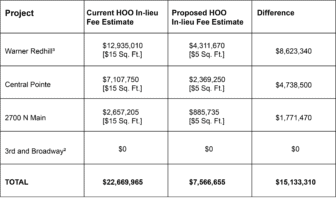 Santa Ana systemically suffers from rent burden, which in turn adds to the severity of the City Council wanting to dismantle HOO. The US Department of Housing and Urban Development defines a household as rent burdened when the household pays more than 30% of its income for housing. According to American Community Survey data, Santa Ana’s rent burden has increased from 33.3% to 36.5% between 2010-2018. Some parts of Santa Ana cross the threshold to severe rent burdened, where households pay more than 50% of their income to rent. Refer to the map below to see the rent burden in Santa Ana. 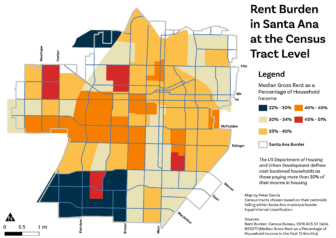 Newer units tend to serve the higher end of the rental market and command a premium price. The oldest units in the city’s median rent is $1,367, while those built in 2013 or later have a median rent of $2,539. 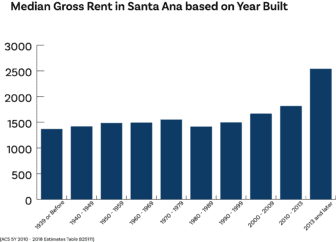 HOO funds from these higher end units are the City of Santa Ana’s primary means by which it supports the building of affordable housing. In the coming months the Santa Ana Arts Collective and Tiny Tim Plaza projects funded by HOO fees will be completed. We have no doubt that each of the Council Members that voted to cut their source funding will also show up to cut the ribbons on opening day.

The City Council’s dismantling of the HOO will provide an unnecessary giveaway to developers while robbing itself of vital resources for affordable housing. Santa Ana is currently a hot real estate market. The City Council should take advantage of Santa Ana’s position in the market, rather than squandering it, to strengthen its affordable housing stock while adding to housing production. Otherwise, the City Council is exacerbating the displacement of their own residents for no recognizable benefit. We recommend the following alternatives:

We agree that Santa Ana shouldn’t shoulder the responsibility for the regional housing crisis, but the City should remember that it is beholden to the well-being of its residents, not the policy failures of neighboring cities. As members of the current Council can attest, the most significant barrier to development in Santa Ana is political opposition. Dismantling the HOO only adds to the number of politically organized residents who will oppose all new development.

Manny Escamilla is a local historian, urban planner, and lifelong Santa Ana resident. He’s a graduate from SAC, UC Berkeley, and UCLA. Manny worked with the City of Santa Ana for 14 years prior to transitioning into public policy advocacy with fellow residents.

Peter Garcia is a transportation planner and mobility justice advocate with Santa Ana Active Streets Coalition. A graduate of the University of California, Los Angeles’s Luskin School of Public Affairs, Garcia analyzes how race, class, and power interact with transportation policy and finance.

SUBMIT A COMMUNITY OPINION PIECE: Voice of OC is interested in hearing different perspectives and voices on civic matters. If you want to submit a community opinion piece read these guidelines and then send an email to [email protected]g.