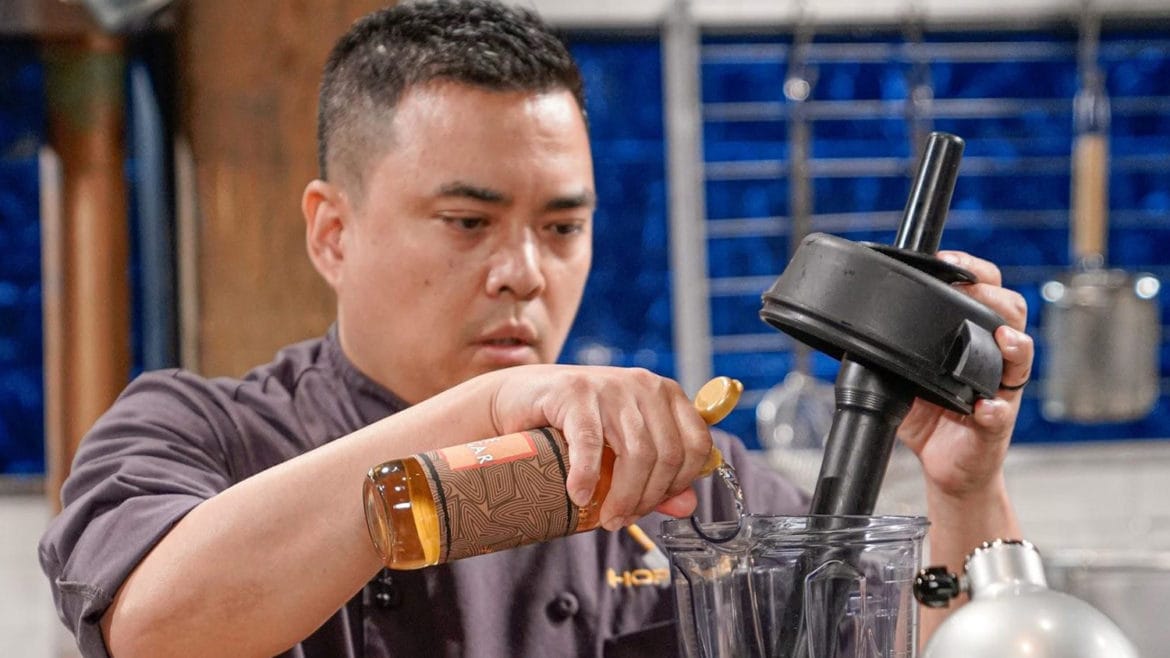 Airing Tuesday, September 22, look out for the Season 46, Episode 6 airing of Food Network’s cutthroat culinary competition “Chopped” with the theme “Soup and Sandwich Savvy” featuring OC’s Paul Cao of Burnt Crumbs! Cao and fellow cheftestants are tasked with creating a duo of tastes for every round. “Chopped’s” appetizer throwdown includes a curious egg, while duck bones make an appearance midway through. A dessert basket featuring prunes makes for an intense race to the final buzzer.

No stranger to Food Network, Paul Cao’s affiliation with The Burnt Truck, Burntzilla, and Burnt Crumbs led to appearances on both Eat St. and Junk Food Flip over the years.

When asked about criticism from the judges, he remarked that there’s traditionally a bad cop/good cop interaction from them: “I think all the judges had little criticisms of my dishes here and there, but I remember one of Alex Guarnaschelli’s remarks about my dishes made a few F-bombs go off in my head – I’m pretty sure I cursed under my breath.”

As a chef and business owner, Cao believes it’s good to try something totally outside of one’s comfort zone. Plus, he plans to never make fun of cooking contests ever again. “Going on ‘Chopped’ was 100 times tougher than I imagined. It was easily the most grueling thing I have done in my career.”

Orange County Restaurant Week began on September 13, and it’s still in effect through Saturday the 26th. With more options to participate than in previous years, I scoured the list to make recommendations based on their countless categories. Dine in (or order takeout) from somewhere you haven’t tried, or support that local spot you haven’t frequented in months. They’re ready to welcome you.

PRO TIP: If a menu doesn’t display an OCRW special, clarify before ordering, as some places forget to inform guests. 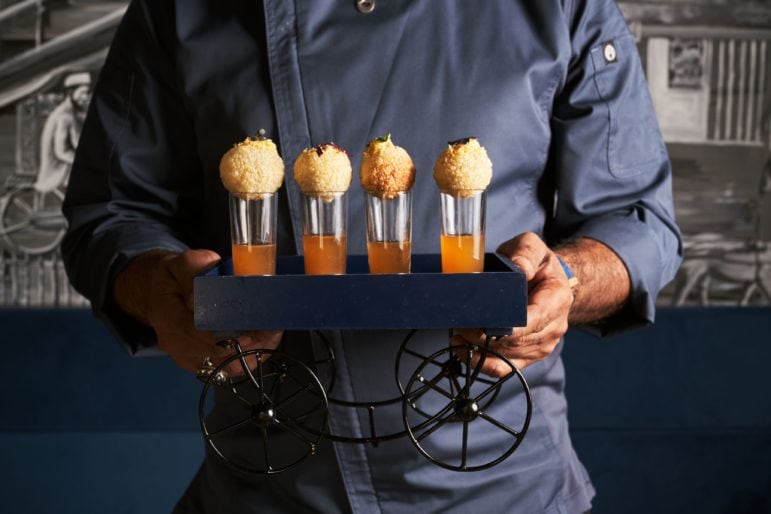 Pani Puri is included with each takeout package from Khan Saab.

Restauarant week is sponsored by Woodford Reserve, Chambord, and Herradura Tequila. With this intriguing trio, I sought out menus that featured the trio of tastes.

Whether by the glass or by the bottle, there are specials to be had. 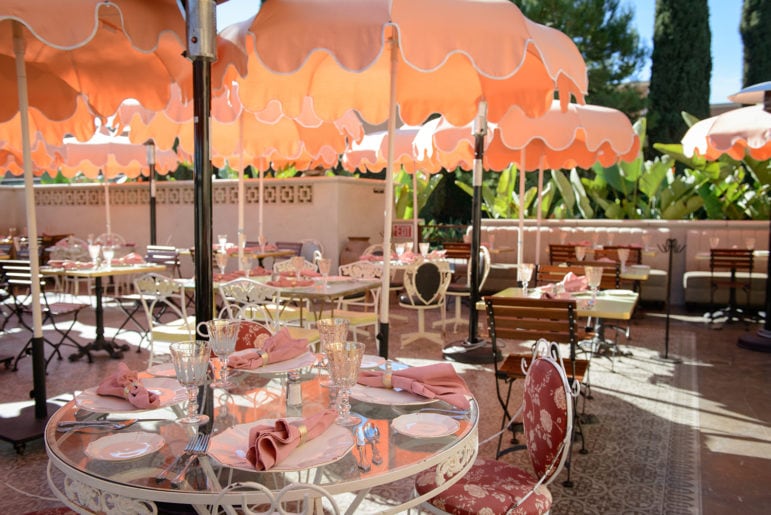 The Habana patio at the Irvine Spectrum.

If you’re splitting a check or preferring some social distance, I searched for places offering a well-rounded meal at reasonable fare. 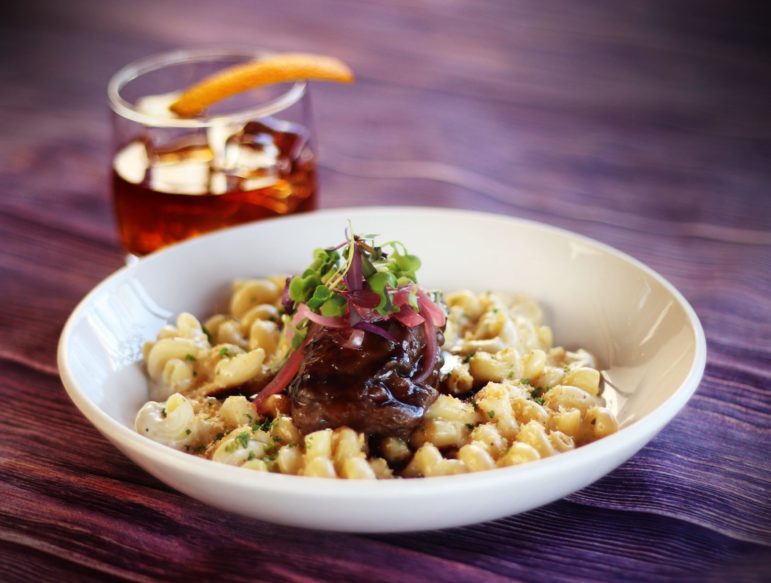 The Blind Rabbit’s short rib mac and cheese paired with an Old Fashioned.

While not heavily promoted, I spotted a number of morning menus at a quartet of dining rooms/patios.