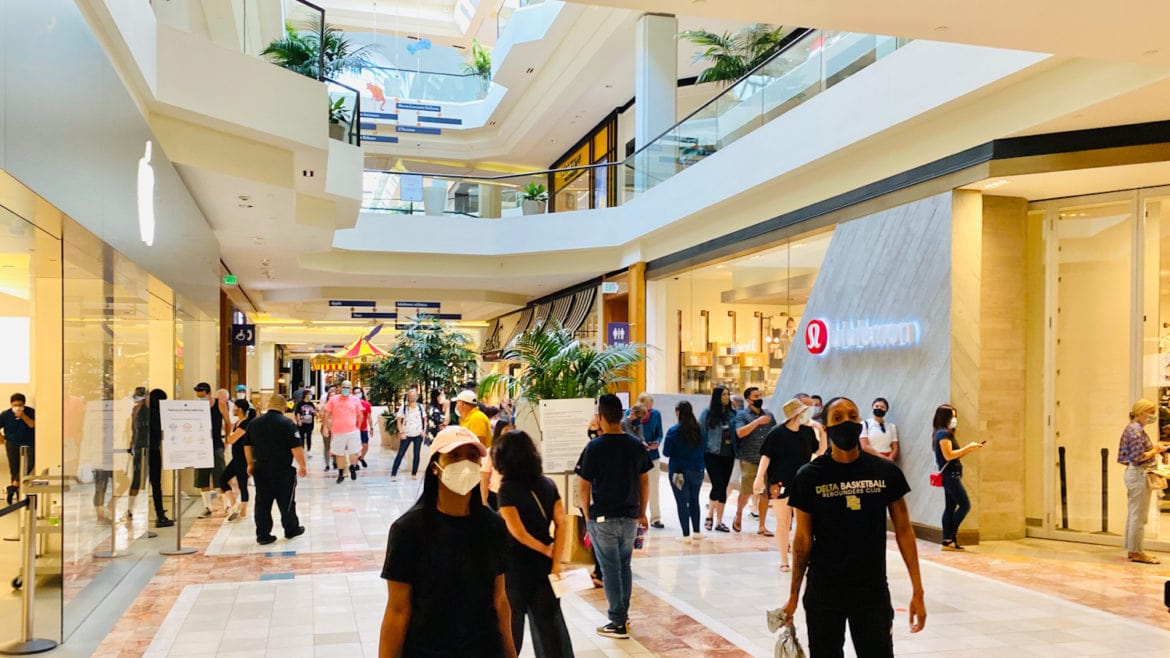 In their aim to speed the broader expansion of local retail and leisure business activity, Orange County Supervisors keep pushing state officials to revise the state approach toward reopenings.

They aren’t having much luck.

A new state tier system for counties dictates the level of business and resort activity based on a formula that looks at local virus case rates when deciding how much an area can be open for business.

Because Orange County hospitalization numbers have been stabilizing, county supervisors want the state to take that into account and allow more openings.

Yet state officials note there’s a connection between rising case rates and hospitalizations. In essence, a percentage of people getting sick now will need hospital beds in a few weeks.

So waiting for hospital rooms to start getting flooded is a backwards approach, state officials say.

In early October, Supervisors wanted some type of credit for open hospital beds so OC could reopen more businesses by moving into the Orange Tier on the state’s reopening system.

During Tuesday’s Board of Supervisors meeting, Chairwoman Michelle Steel asked again if there’s any movement on the hospital credit push.

“I think the general theme of the conversations is looking at the fact that we’ve all experienced a rise in case rates,” Kim said. “With the rise in case rates, what has been the impact on hospitalizations and deaths and trying to identify what the relationship has been in this second mild wave we have seen in California.”

Although the case increases aren’t as bad as the massive spikes in June and July, OC has seen an increase since late October.

During the summer case spikes, over 700 people were hospitalized at one point in July.

Hospitalizations have been increasing since hitting their lowest point Oct. 24, when 150 people in hospital beds, since the summer spikes that led to over 700 people hospitalized at one point in July.

As of Tuesday, 177 people were hospitalized, including 60 in intensive care units.

UC Irvine epidemiologist and public health expert, Andrew Noymer, told Voice of OC Monday he’s watching the ICU beds closely and is predicting a second wave if OC has over 70 people in ICU for a few days.

A majority of Orange County Supervisors — Steel, Lisa Bartlett and Don Wagner — have fought back against Gov. Gavin Newsom’s four-tiered reopening system since its inception, especially against the health equity metric which requires counties to lower positivity rates in their poorest neighborhoods.

Bartlett, who’s president of the California State Association of Counties, has been pushing to get hospitalization numbers taken into consideration by state health officials.

At an Oct. 24 news conference, Dr. Mark Ghaly, secretary of the state Health and Human Services Agency, said officials won’t be using hospitalization numbers as a metric for counties to move through the tiers.

“We have heard and have had lots of conversations with health officers and frankly many others about the integration of a hospital preparedness metric. We chose not to use it, although we follow it closely,” Ghaly said.

He said when cases go up, hospitalizations increase three to four weeks down the road.

“We believe that in order to really forecast where a county is and where they should be in the tiering system, that looking at hospitalizations is too far a lagging indicator,” Ghaly said.

Steel was the only supervisor to speak about the state’s tiered reopening system during the county’s coronavirus update at Tuesday’s meeting. Nobody asked questions about a potential second wave hitting OC.

And It was one of the shortest virus updates since the pandemic began.

Steel asked if a lawsuit against Newsom for his executive order issuing mail-in ballots to all of California’s registered voters could potentially impact the virus guidelines because a superior court judge tentatively ruled against some of Newsom’s election executive orders Monday.

County Counsel Leon Page said it won’t impact any of the current elections, but didn’t specifically mention if the ruling could be applied to other executive orders related to the pandemic.

Since the pandemic began in March, the virus has killed 1,484 people out of 60,604 confirmed cases, according to the county Health Care Agency.

For context, Orange County has averaged around 20,000 deaths a year since 2016, according to state health data. Of that number, cancer kills over 4,600 people, heart disease kills over 2,800, over 1,400 die from Alzheimer’s disease and strokes kill over 1,300 people.

According to those same statistics, the flu kills about 543 OC residents annually.

He also noted the rising cases.

“We have seen an increase in cases up and down the state, particularly in Southern California.”


Spencer Custodio is a Voice of OC staff reporter. You can reach him at [email protected]. Follow him on Twitter @SpencerCustodio
How can I sign up for a vaccine?