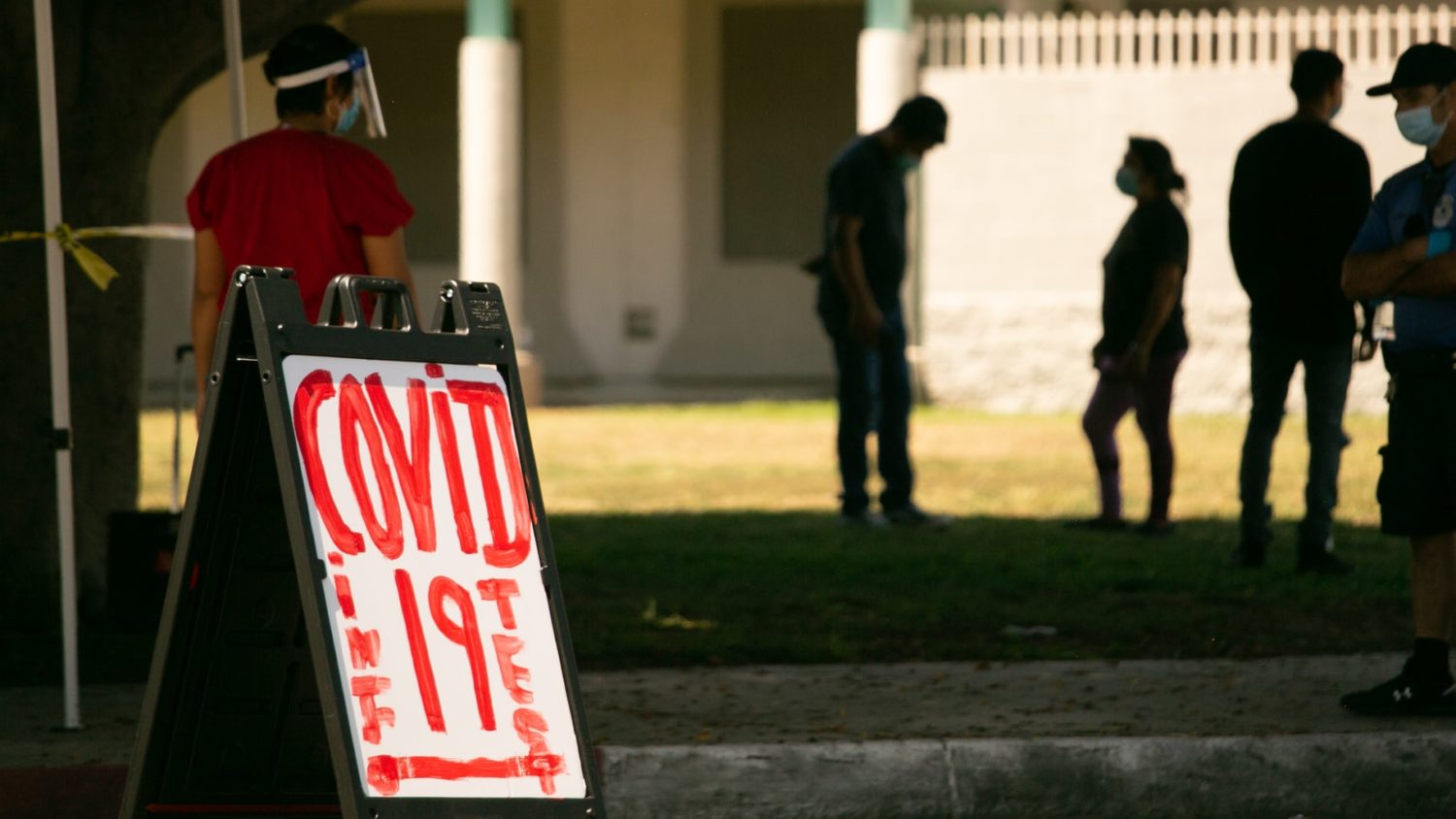 Orange County’s second coronavirus wave is steadily driving up positivity rates in central and north county neighborhoods to double digits not seen since the first summer wave, causing alarm from some community leaders.

Over one in ten people are testing positive for the virus in certain neighborhoods in Anaheim, Buena Park, Fullerton, Garden Grove, La Habra, Santa Ana and Westminster, according to data from the county Health Care Agency.

“The disparities still exist and we are seeing a surge and it’s more widespread than Anaheim and Santa Ana,” said Ellen Ahn, executive director of the nonprofit Korean Community Services in Buena Park.

Ahn and her staff are already being pressed, she said.

“It’s going to be a nightmare. I hope it doesn’t turn into what we experienced in July with the lab delays and all of us being stretched thin. We already are stretched thin.”

During the first wave, which saw over 700 people hospitalized in July, working class, often Latino neighborhoods in Anaheim and Santa Ana were hit particularly hard.

The virus also began to disproportionately spread to Asian communities in cities like Buena Park and Garden Grove.

Public health experts, epidemiologists and community leaders, like Ahn, said the disproportionate impacts stem from overcrowded housing, lack of access to health care and because many residents don’t have the option to work from home.

“Because we work in essential jobs, we live with multi-generational families — we live in crowded housing,” Ahn said in a phone interview last Friday.

Latino Health Access Executive Director America Bracho said their call center has been overloaded with residents asking about testing and isolation resources. She said by Nov. 15, there were already more calls than all of last month.

“It is just swamped with calls. We are hiring more people, training more people. This is just nonstop. You can see it because of the surge, but also it is good news that we have a call center that can help,” Bracho said in a Wednesday phone interview.

And they won’t let up during the holidays, she said.

“We have hotels, we have food. We have a team. So we are responding. We are not closing — we are going to be helping people every day,” Bracho said.

The organizations also partner with county officials to put infected people who live in overcrowded housing in hotels so they can quarantine and keep the virus from spreading.

Latinos make up 35% of Orange County’s population, but have nearly 48% of all the cases and nearly 43% of deaths.

The county’s aggregate data on the Asian community doesn’t point to a disparity like it does for the Latino community. Overall, the community makes up 21% of the population and has nearly 9% of cases and nearly 19% of deaths.

But there are pockets in Buena Park, Garden Grove and Westminster where testing positivity is approaching 12%.

Since the pandemic began in March, the virus has killed 1,559 OC residents out of 73,152 confirmed cases, according to county Health Care Agency data.

Ahn said housing conditions for many Asians in Garden Grove and Buena Park is more crowded than places in Irvine.

“We are seeing what you are seeing: A surge in the numbers,” Bracho said. “We are seeing a site like Magnolia (high school) in Anaheim, where we normally do 120 tests on a Monday — we did almost 700. In a place like a little school in Santa Ana, on a very crowded day, we might do 180. We also did close to 700. In Capistrano we did close to 500 tests. We’re working at three, four times what we normally receive.”

OC virus cases have skyrocketed over the past week, averaging over 900 new cases a day.

Increases like that haven’t been seen since late June, when the first wave was battering the county.

State public health officials said about 13% of new cases end up in hospitals in two to three weeks.

As of Wednesday, 479 people were hospitalized, including 113 in intensive care units. At the start of the month, 183 OC residents were in hospitals.

Ahn said some in the overall community eased up on public health precautions.

“The truth is the community let their guard down. Our numbers were relatively low and we all experienced COVID fatigue,” she said. “Everyone got a little looser with wearing masks, social distancing wasn’t happening, people were gathering — all the things the public health authorities talked about, it’s contributing to this.”

She’s not alone in what she’s seeing.

Bracho also said there’s been some virus fatigue in the community.

“The issue is not a refusal to wear the masks — that is not what we are seeing in the community. The problem is inside the home, it’s the whole issue of housing and people just give up and say, ‘there’s nothing I can do, I have to live in these circumstances,’” she said.

The two community leaders said new cases also stem from people who bring the virus home from work, where it easily spreads in crowded living situations.

Ahn and Bracho, along with public health officials, are urging residents to avoid large Thanksgiving dinners and to instead celebrate with just the people they live with to help cut down on the spread.

“Everyone’s bracing for the worst in the following week,” Ahn said.

Bracho said some people might not follow all the guidelines, but hopes Thanksgiving dinners will be done outside, with plenty of space between people in what she called a “risk reduction” strategy.