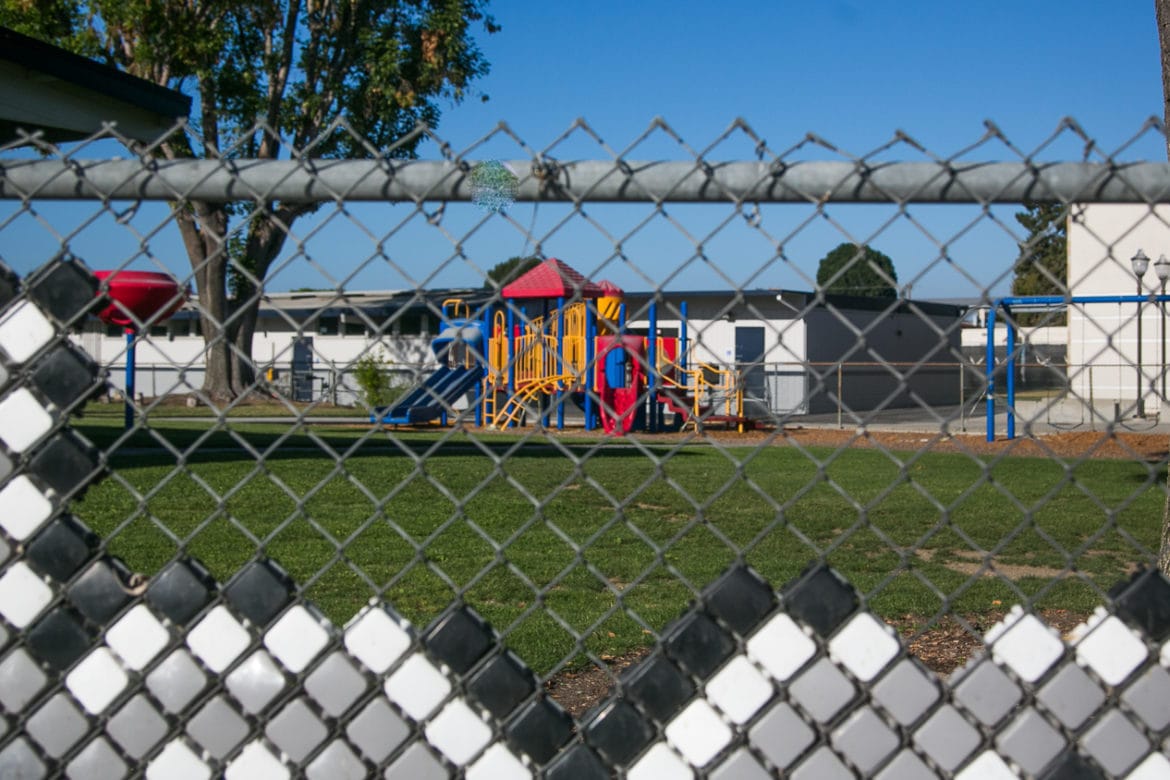 Although Newsom announced an incoming regional stay home after noon Thursday, the actual order wasn’t released until the evening about six hours later.

The order hits if Southern California’s intensive care unit capacity dips below 15% — something state public health officials estimate happening in a matter of days. As of Thursday, the available beds were hovering at just over 20%.

Schools that are already open can remain open and elementary schools can still apply for the waiver process if the regional shutdown order hits.

If ICU’s dip below the 15% threshold, the order will shut down nonessential businesses like nail salons, barber shops and outdoor dining within 24 hours. Although restaurants will be allowed to do take out and delivery, similar to the previous stay home order in March.

Retailers like department stores and shopping malls won’t be closed, but will have to keep the number of people inside the stores to 20% of the building’s occupancy limits.

Outdoor playgrounds will also be closed by the order.

But public health experts are concerned about shopping malls and other places where people congregate inside as the virus spreads at unprecedented rates in California.

“Even that one little trip indoors, with large groups of people is just bad. At the same time, so is being indoors with people that you’re not podded with,” said Bernadette Boden-Albala, dean of UC Irvine’s school of Public Health.

“I am very very leery about indoor mall settings,” Boden-Albala said in a Tuesday interview. “Try to find places where you know that they are limiting the number of people coming in, try to find a time where other folks aren’t there.”

Orange County’s virus hospitalizations are at the highest levels ever seen, so far.

As of Friday, 746 people were hospitalized, including 196 in intensive care units.

That’s higher than the July peak, when 722 people were hospitalized.

“We’re in a second wave and the second wave is going to be worse than the first wave,” Boden-Albala said.

Schools that have opened for classes already can keep classrooms open.

“The Stay Home Order does not include schools that are currently open for in person instruction, as has been confirmed by Governor Newsom and Dr. Chau, the Director of the Orange County Health Care Agency (OCHCA), and as a result, all SVUSD schools will continue to operate both the Hybrid and Distance Learning models of instruction,” states the news release for Saddleback Valley.

Mari Barke, who serves on the Orange County Board of Education, said Newsom and state public health officials took the right approach to schools.

“I think that children are at such low risk,” Barke said. “The Orange County Board of Education long ago realized the small exposure to children, and I think now, others are coming along with that so I absolutely think that’s appropriate that the schools should not be affected.”

Part of the confusion on whether schools could resume being opened was because Newsom had said at his conference that schools with a waiver could carry on but did not clarify if districts that already opened without the waiver could do so too.

This means it will be up to the districts to decide if they want to go back to full distance learning – a choice that has left Orange County divided most of this year.

“Although our schools have safety protocols in place, the upward trend in positivity rate due to community spread is a concern,” said the district superintendent Joanne Culverhouse in a message to parents earlier this week. “Students will transition back to Distance Learning beginning Thursday.”

Since the pandemic began in March, the virus has killed 1,603 OC residents out of 82,887 confirmed cases, including 17 new deaths reported Friday, according to the county Health Care Agency.

“The numbers are becoming so out of control right now and it doesn’t look like we’ve been able to mitigate ourselves as individuals — that’s problematic,” Boden-Albala said.

Meanwhile, the Anaheim Union High School District which has yet to reopen classrooms  has delayed a return to campus till March this week prior to the announcement of the order because of rising case rates within the community.

Anaheim and Santa Ana were the hardest hit during the first wave.

Now positivity rates are increasing everywhere in the county.

“Even in July, in Orange County, there were hot spots and then there were spots that weren’t as hit as badly. That’s not the case any more, it is everywhere now,” Boden-Albala said.

Many of the districts that will stay open have pointed to the Secretary of the state Health and Human Services Agency, Dr. Mark Ghaly, who has said that schools are not the source of the recent surges due to the safety measures in place on campuses.

Many — if not all the school districts with reopened classrooms — are using online dashboards to report to the community where and how many cases have been reported on districted campuses.

Recently the Orange County Health Care Agency has started its own dashboard displaying the cumulative number of cases at schools from mid-august to mid-november. This is a shift of the agency’s initial stance not to report the cases at schools.

According to the agency, there have been 390 cases at schools in that timeframe.

There’s been a few parents who’ve expressed concern to Voice of OC about “fake formals” allegedly happening in the Los Alamitos School District, hosted by parents and are not sponsored by the district. The “fake formal” is apparently happening Saturday at a hotel in Huntington Beach, according to flyers sent to Voice of OC.

The Newport-Mesa Federation of Teachers’ union recently expressed concerns with their districts’ dashboards not painting the full picture of the virus spread occurring at schools. Union leadership wrote a letter to the district trying to get them to return older students to distance learning.

Those concerns are also floating around other districts and some teachers across the county feel these district dashboards aren’t accurate.

“Throughout the last couple weeks, I have had a lot of kids — some of my colleagues have had more — that say home, which means that they have some COVID symptoms,” said a teacher in the Placentia-Yorba Linda Unified School District who wished to remain anonymous.

“The district has only really reported I think maybe three cases overall. But there’s been way more students with symptoms,” the teacher added, referring to the number of cases at her school.

As of today there currently are 48 cases in the district with 9 of them coming from El Dorado High School and eight from Esperanza High School, according to the dashboard.

The teacher also said it’s not safe to carry on in person and that many students on their own have been opting to return to distance learning.

Barke said she is in support of parents deciding what learning method is best for their children.