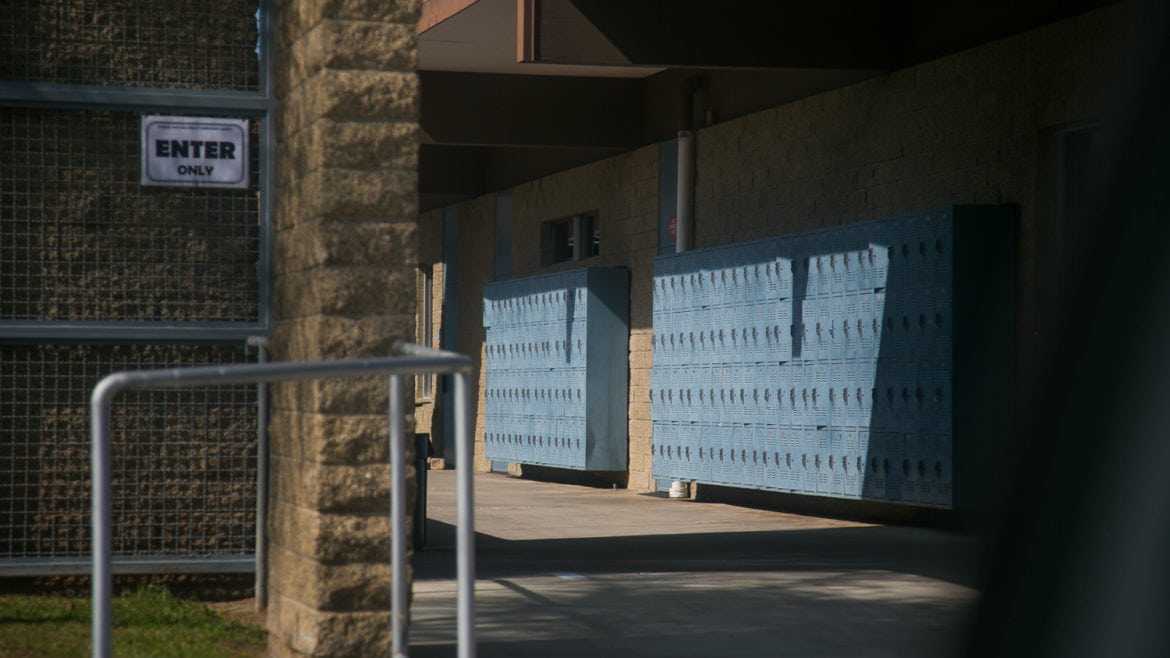 With coronavirus hospitalizations rising, a growing number of  Orange County Teacher Unions have come together to call for in person schooling to come to a halt.

Union Leaders from 19 different teacher associations have signed on to a letter urging all schools to return to online classrooms until infection rates recede.

“Currently, the school districts in our county follow different policies and rely on voluntary virus reporting. Without consistently applied testing and tracing, our schools risk spreading infection throughout the county,” reads the letter. “Our number one priority is the safety of our students, colleagues, and communities. Distance learning is the best way to achieve that safety.”

The letter comes less than a week after the state put in effect a new stay home order shutting down businesses but not schools that already have opened.

The Brea Olinda and La Habra school districts have at this time returned to online learning. Districts in Anaheim and Santa Ana – the cities hit hardest by the pandemic – have remained online

Grant Schuster, president of the Anaheim Secondary Teachers Association, said the idea to put out the letter  came about after a small group of union presidents from around the county meeting recently.

“We became very concerned that we had these certain areas that were remaining in distance learning and putting the safety of their students and communities first, while other districts that had already opened and were remaining open were not seeming to have the same priorities,” he said.

For months, many teachers in Orange County have expressed concerns with being in the classroom during a global pandemic.

Many people have also expressed concerns with Distance Learning and worry about the effects of the isolation felt by students staying home and their mental health.

“For some, they see their children getting depressed, and just need that interaction they need to get out of the house. I know, just a few days ago, I heard about another teenager committing suicide, so I think for some children, they just they need that outlet. Maybe even the parents need the outlet,” said Mari Barke, who sits on the Orange County Board of Education.

Barke said families should have a choice if they want to send their children to school or not.

Some students in the Santa Ana district have shared with the Voice of OC the challenges they faced with online learning. Some are concerned with the workload and their grades dropping but believe it was not yet time to return.

Even the union presidents acknowledged the difficulty of distance learning in the letter.

“There’s nothing that teachers want more than to be back face to face with their students. And the public health concerns have become so dire right now that it’s time for everyone to step back for the time being and reassess on the other side of the holidays. If we can see a drop in the virus numbers or get it under control,” Schuster said.

Barke said that schools are following the safety measures in place.

“I think schools are being smart. They want to be open and I think that we should have the confidence that schools will continue to be smart,” she said.

Since multiple districts have opened for in person learning, teachers have also raised concerns about the cleanliness of classrooms and common areas, students not following safety measures, and the district’s dashboard for reporting cases.

The Orange County Health Care Agency has its own dashboard displaying the cumulative number of cases at schools from mid-August to early December. This is a shift of the agency’s initial stance not to report the cases at schools.

According to the agency, there have been 675 cases at schools in that timeframe with over 380 cases in November.  A rising number of cases at Los Alamitos High School has caused some parents to be concerned.

As of midday Thursday, the school has 27 cases of the virus, according to the Los Alamitos district’s dashboard.

The California Department of Public Health and Dr. Mark Ghaly, Secretary of the state Health and Human Services Agency, has said the recent surge of cases and the new stay at home order that accompanied them was not due to school reopenings or cases connected to schools, but some don’t agree.

“We just don’t know whether or not schools are areas of transmission because every test result is voluntarily reported and every test is voluntarily taken. Without requiring people to take tests, we have no idea what the spread is or where things have been spread because we haven’t done any contact tracing for all of those unreported cases,” Schuster said.