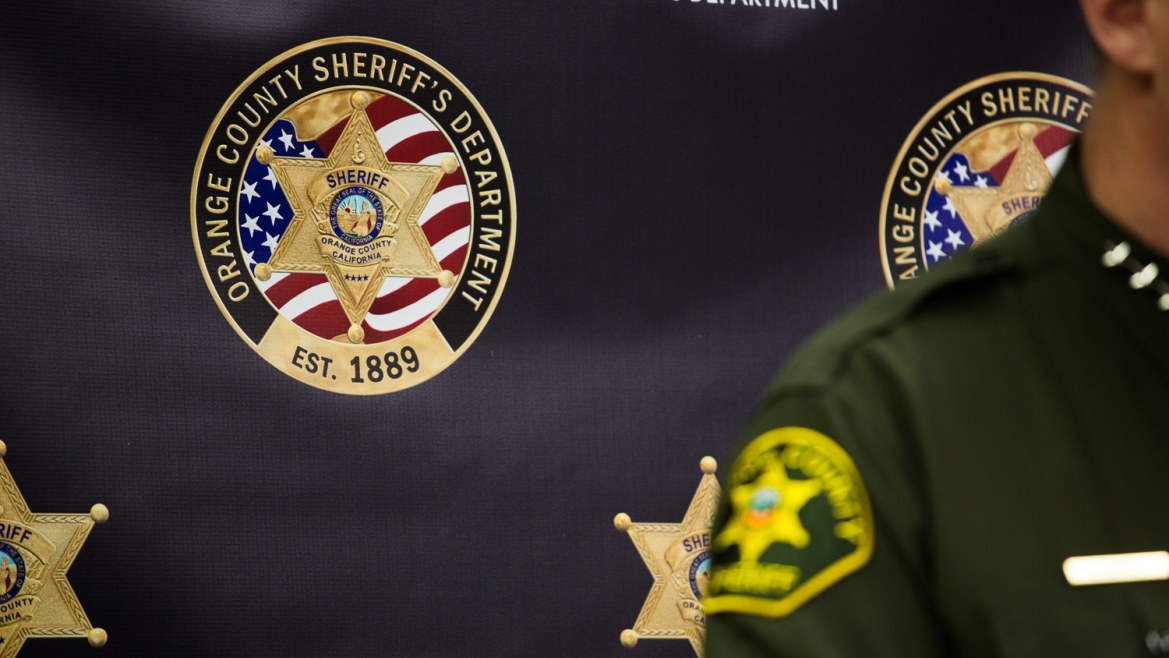 Orange County Sheriff Don Barnes is slated to face hard questions today in a local court about his handling of an ongoing coronavirus outbreak in local jails.

The afternoon hearing comes as over 1,000 inmates are currently infected with coronavirus. Four are hospitalized, and one has died from the outbreak as of Wednesday.

Sheriff officials are also facing new questions about whether they misled the court by saying state prisons wouldn’t accept inmates to help clear up space in the jails.

The state prisons agency, known as CDCR, has offered to accept inmates despite Barnes’ statements otherwise, according to the filing Thursday by the American Civil Liberties Union (ACLU).

A department spokesman for Barnes said sheriff officials have struggled to get state prisons to take local inmates, but that transfers could start as soon as next week.

“To clarify the statement in the filing, the CDCR has not accepted transfers for most of the pandemic except for a brief period in the fall. Our inability to transfer eligible inmates to state prison continues to be a struggle given the impact of Covid-19 in our jails,” he added.

“I do know that there was a time when we had 350 or more inmates who were slated to go to state prison, and for a long time CDCR was refusing to take transfers,” he said in an interview earlier in the day.

Breckner said state prisons aren’t designed for pre-trial inmates, who are about two-thirds of the inmates in OC jails. The other third of inmates have already been sentenced.

“In general, we’re not going to transfer Orange County jail pre-sentence inmates to a prison facility to be housed. If CDCR wants to take AB 109 inmates back into their custody, then I suppose that would be an option. But I’m not sure of that,” he added.

Among the questions being asked by Judge Wilson is what guidance Barnes has received from medical officials to prevent the spread of Covid-19 in the jails.

“Is the Orange County Health Care Agency currently advising [Barnes] regarding appropriate COVID-19 preventative measures?” the judge asked in a series of questions to Barnes on Monday in advance of the hearing.

“If so, what form does such advice take? Are there any written directives or recommendations to the Jail regarding appropriate COVID-19 preventative measures since the March 27, 2020 email?”

[Click here for the public call-in info to listen to the hearing.]

One out of every three inmates in Orange County jails are currently infected, according to Sheriff’s Department data.

When the outbreak was first detected four week ago, 74 inmates in the jails’ general population were infected, sheriff officials said at the time.

As of Wednesday, 1,077 general population inmates were currently infected, according to the Sheriff’s Department.

The outbreak comes as Barnes pushes back on a Dec. 11 court order requiring him to move half of the inmate population out of group living areas. Barnes appealed Wilson’s order, saying it would release dangerous criminals into the community, but lost the appeal.

Barnes wants the judge to look at every inmate’s charges and decide for himself who should be released.

The American Civil Liberties Union, which brought the lawsuit, wants the court to appoint a criminal justice expert to do the review.

Wilson, for his part, has ordered Barnes to provide details under seal about every inmate, including their charges and medical vulnerabilities. And he sent a list of questions he plans to ask Barnes’ office at Friday’s hearing, including what advice he’s received from medical officials at the Orange County Health Care Agency on how to slow the spread of Covid in the jails.

Sheriff officials say they’ve been proactive in spacing out inmates to protect their health and safety.

“We’ve done that from the beginning, which is why for the longest time we had zero general population inmates with Covid,” he added. “We are doing and will continue to do everything we can to stop the spread.”

ACLU attorneys say the sheriff has fallen far short of what he’s obligated to do, and that state prison officials have offered to receive local inmates to help create more space in local hails.

“The few things [Barnes] said that he was looking into doing to try to reduce the [jail] population are woefully inadequate,” said Corene Kendrick, deputy director of the ACLU’s national prison project, who is working on the OC case.

“Sheriff Barnes has been delaying in complying with the court’s order that he come up with a comprehensive plan,” she added. “And his refusal to develop an appropriate plan shows that he is not going to be capable of doing this, and that our request that the court use an expert in these matters to develop a plan is I think where we’re headed now.”

Wilson issued his mid-December order after finding the sheriff failed in his duty to protect medically vulnerable inmates with social distancing.

“[Barnes’] deliberate indifference to the substantial risk of serious harm from COVID-19 infection to…medically vulnerable people in [his] custody violates their rights under the California Constitution,” he wrote in his 32-page ruling.

“[Barnes’] acts, and failures to act, constitute ‘conduct that may unnecessarily expose inmates in his custody to significant risks to their health and safety,” the ruling adds.

In response, Barnes criticized the order as putting community members at risk.

“If the order stands, it will result in the release of more than 1,800 inmates. Many of these inmates are in pre-trial status for, or have been convicted of, violent crimes and will be released back into the community. This order puts our community at substantial risk and does not take into account the impact on the victims of these crimes.”

In a footnote on page 29 of his decision, Judge Wilson wrote that Barnes didn’t have to release the inmates, but could transfer them to some other type of custody, at the sheriff’s discretion.

There were 3,378 inmates in Orange County’s jail system as of Thursday, according to sheriff officials.

Among them, 1,120 inmates had current Covid infections as of Wednesday. The vast majority of them – 1,077 – were in the general population and were under medical isolation and quarantine, Breckner said. And 43 of the current infections were among newly booked inmates.