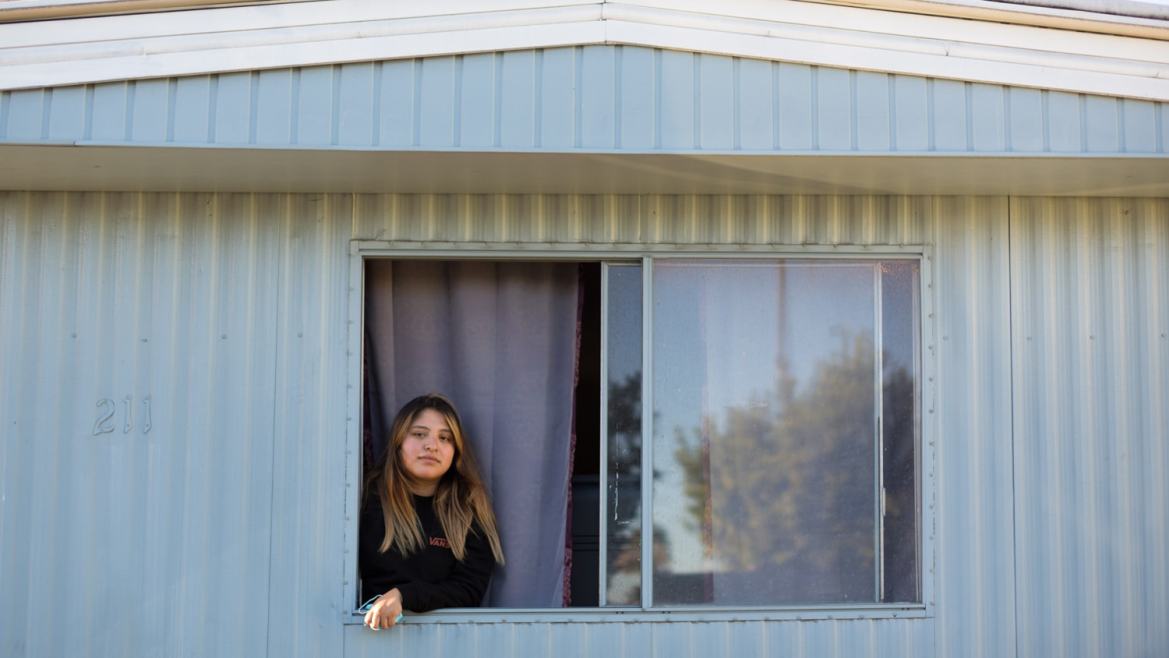 Santa Ana resident Citlali Ruiz recalls asking her parents to pick her up from City Hall one night, while she was still a student at Godinez Fundamental High School.

She and other activists had just spent hours in public comment asking the City Council to listen to them — to their priorities and vision for a city they say has routinely left them out of the conversation.

Ruiz, who today is 23, still fights the same fight.

For her, life as an organizer began in high school.

Going to council meetings and advocating for different city spending priorities — as well as publicly calling out certain council decisions — became a priority for Ruiz back in high school, after classes.

By that point, she had already quit soccer and stopped going to all her extracurricular club meetings.

And her parents were catching on.

“I remember having my parents pick me up,” Ruiz said, “and they said ‘Are you getting paid for that? You’re about to turn 18. You need a real job.’”

“We crossed through the border in the back of a car, and I remember not seeing my mom for a week because she was detained,” she said, calling it a “traumatic experience” with “really painful memories.”

But she said it was also something that shaped her throughout her formative years — her priorities, her goals — up to her current point in life as a statewide youth coordinator at Youth Organize! California.

In high school, Ruiz said she grew up more cognizant of what she described as the way youth environments in Santa Ana were designed to work against them, through ideas like the district’s deployment of school security officers to all the schools.

The school district says these officers are unarmed, with a “primary role” of protecting people and property in the district.

Such issues around student misbehavior and the way young people — especially Latinos — are steered toward the criminal justice system have historically been an area of focus for local activists in Orange County, especially over the last decade.

Couple all of this, Ruiz said, with the results of the 2016 election and a new president’s rhetoric around undocumented immigrants like her.

“That’s when I started doing workshops around immigration and things like, what are your rights as an undocumented person?” Ruiz said.

“After a while, I started getting more into positions of leadership, working with young people, joining them in programs, going to city council meetings.”

So much so, she quit her role on the student council at Godinez, stopped going to her speech and debate club, and quit soccer just as she was going from junior varsity to varsity.

“I realized that isn’t really who I am, that doesn’t represent me,” she said.

And while her parents didn’t understand at first, Ruiz said “they finally got to hear more about me and my work, whether it was through Kid Works, or when I read poems at the state capitol.”

“Something Citlali worked on that stood out tremendously was last year’s budget campaign,” said Joel Cazares, director of operations for SABHC.

Last year’s cycle of city budget meetings became especially heated in the midst of a summer of social justice protests across the U.S. and in Orange County.

Young people spoke at those meetings en masse, demanding council members redirect money away from the police department and into youth programs and parks — a few using profanity, which got immediate reactions from officials who said their comments were broadcasting on television.

Ultimately, officials last year approved a budget giving the police the largest spending allocation than any other city department, like they’ve done every year.

“Going to City Council meetings, being there until well after 8 pm, and still, the most frustrating thing was city council members not listening to us,” Ruiz said. “And the council members who did give us their time and meet with us, at the end of the day, still played those politics.”

Cazares pointed out a tradition in Santa Ana where young people are often forced to grow up early and become community advocates.

“That’s mainly caused by the generational gaps between adults and young people,” he said. “Folks tend to dismiss the needs and ideas of young people, and that’s a grave mistake.”

He said that’s something Citlali tries to hammer in — “the need to have young people in those coordinating spaces or planning meetings is very important, because no-one should be making assumptions on behalf of the youth. They should be listening to them.”

Santa Ana native Emily Peraza points to Ruiz, who she met around five years ago during their activism work, as a key motivator for continuing that work in the Bay Area, where she now goes to Cal Berkeley.

“A lot of what I’ve learned about organizing was through her and others in Santa Ana. I would see how she’d work hard to balance school and other commitments, and as a young person, navigating through that balance was difficult in and of itself,” Peraza said. “I’ve taken that with me.”

Ruiz said most of her focus right now, in her current role at Youth Organize! California, is supporting young people in taking up the issues they care about.

“That’s mainly where I’m at,” she said, “and in the next year I hope to just continue the same work I’m doing now.”