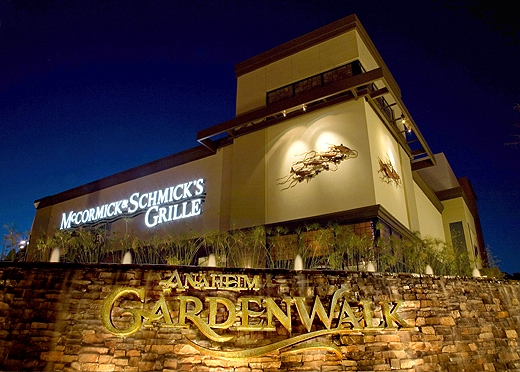 The Anaheim City Council Tuesday night granted room-tax subsidies that could amount to $158 million to the developer of two planned four-star hotels in the GardenWalk center of the city’s resort district.

Under the deal, which was approved by a 3-2 vote, the GardenWalk hotel partnership, headed by William O’Connell and Ajesh Patel, would receive 80 percent of the room-tax revenue generated by the hotels during the first 15 years they are open.

Mayor Tom Tait and Councilwoman Lorri Galloway voted against the plan, saying it is too much of a giveaway of taxpayer money. Tait also said it would be unfair to other hotel owners in the city.

Council members Kris Murray, Gail Eastman and Harry Sidhu voted in favor, citing the need to create jobs in an economy that is facing a sluggish recovery from recession.

Sidhu argued that the city would not be paying any cash to the developer upfront and characterized the subsidy as a cost-free plan to create jobs. The project will generate at least 3,000 construction jobs and 1,300 permanent jobs after the hotels open, according to a city staff report.

“If it’s not going to cost a dime to the city to create jobs, why not?” Sidhu said.

Sidhu received at least $6,800 in illegal campaign donations from businesses organized by O’Connell and Patel, Voice of OC revealed this week. He took a total of $32,000 in various election campaigns from individuals and firms connected to the GardenWalk developments, records show.

Tait challenged Sidhu’s argument, saying that it falsely relies on only two possibilities: that either the hotels are built or nothing is built at their location. “I don’t believe that,” he said.

Tait argued that in the 15 years the hotels would be collecting room-tax revenue — the largest source of revenue to the city — other revenue-generating developments would likely take root. “That’s a very big assumption that nothing will happen in 15 years,” he said.

But Tait said the most important reasons for his opposition are the plan is unfair to other hoteliers who are not allowed to keep room-tax revenue and would set a precedent whereby developers of future hotels would expect the same deal.

“I’m in business. If I had a competitor that didn’t pay taxes, I wouldn’t like that. I might go out of business,” Tait said.

The City Council chambers were packed with supporters of the subsidy plan, including building trade union leaders, business leaders and members of the Support Our Anaheim Resort Area (SOAR) advisory committee, a group of residents and business owners that lobby on behalf of the city’s resort district. Committee members receive perks from Disneyland, including a VIP pass to the park that allows guest entry.

Galloway countered this argument by pointing out that the minority portion of room-tax revenue the city is to receive would not go to pay for city services, but to pay off resort district bonds.

“We are stewards of the people’s money, and we have a fiduciary responsibility to provide [city services],” Galloway said.

Guests of the hotels are expected to breathe new life into GardenWalk, which is suffering from a slump in retail sales and 200,000 square feet of vacant space.

More business there would mean more sales tax revenue for the city. Interim City Manager Bob Wingenroth estimated the additional revue at $650,000 annually. He recommended that the council reject the proposal.

After the bed tax subsidy ends, the city should realize more than $20 million in new revenue, according to Todd Ament, president of the Anaheim Chamber of Commerce.

Council members voted in 2009 to grant up to $76 million in bed tax subsidies to the project. The developer is requesting the additional subsidies to attract investors, according to the report. The estimated cost of the project has increased from $242.4 million in 2008 to $283 million, the staff report states.

With its proposed contribution, the city would in effect foot more than 25 percent of the project’s construction bill, and the investor would realize a nearly 16 percent rate of return on the project, according to the report.