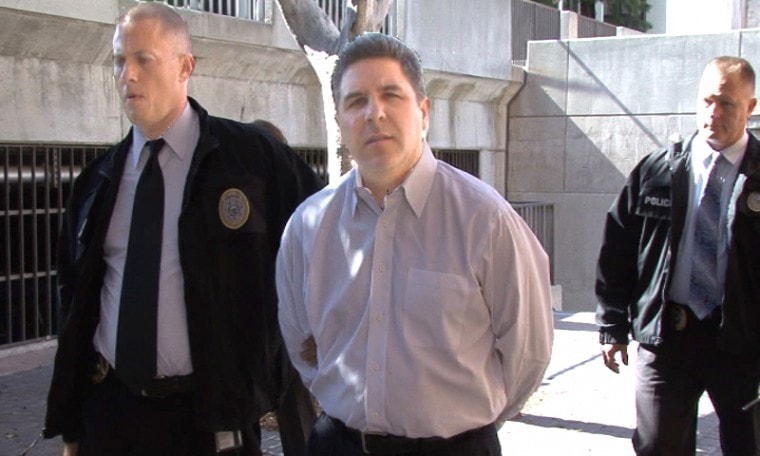 While serving as a high-level manager in the department between 2003 and 2011, the 47-year-old married father of three searched out young Latina women whom he knew to be vulnerable due to their emotional state, current relationship status or employment position, Rackauckas said during a news conference. He announced filing 12 felony sex crime charges against Bustamante.

When they tried to escape, Rackauckas said, Bustamante would pin them against a wall, hug them so tightly that they had to struggle to get free and tell them that his office was soundproofed so no one would hear them if they screamed.

Rackauckas charged Bustamante with six felony counts of false imprisonment, three of assault with intent to commit a sexual offense and one count each of stalking and attempted sexual battery by restraint.

Other charges included one misdemeanor count each of battery, assault, sexual battery and attempted sexual battery with a sentencing enhancement allegation for committing the offenses as a result of sexual compulsion and for the purpose of sexual gratification.

Bustamante also was charged with felony grand theft of public funds in connection with a conference he attended at Harvard University.

He faces a maximum sentence of 26 years and two months in state prison for the felony charges, plus an additional year and nine months in the Orange County Jail on the misdemeanor counts. He is also subject to a lifetime sex offender registration.

Bustamante was released on $100,000 bail and is scheduled to be arraigned Thursday in Orange County Superior Court.

The crimes were able to continue for so long because the victims felt that Bustamante, who is very well connected in the Republican Party, was untouchable at the county, Rackauckas said.

“Each of the women felt if they reported it they would be committing career suicide,” Rackauckas said, noting that his connections went straight up toward “the board level.”

One of the victims, according to Rackauckas, said: “I was afraid of him because I saw how he would help other people get rid of people and fire people, and I was afraid that would happen to me.”

There are also allegations that Bustamante committed similar acts against 12 women while he worked at previous jobs, including at the state Department of Alcohol and Beverage Control, officials said. But charges were not brought in those cases because the statute of limitations has expired.

Additionally, there are indications that DA investigators may soon be asking questions at Santa Ana City Hall about Bustamante’s actions as a councilman.

Ironically, in May with Rackauckas looking on, Bustamante voted along with his Santa Ana City Council colleagues for an enhancement of a sex offender ban in city parks. Specifically, the ban extends to all registered sex offenders, not just those who have committed crimes against children.

Rackauckas said his investigation is continuing, with nagging questions facing officials at the county government about how Bustamante could have been allowed to harass so many women without top officials knowing or taking action.

Bustamante’s criminal conduct was not limited to his office, Rackauckas said. He would also assault his victims in elevators, in stairwells and in some cases even at their cubicles when no one else was around.

For much of the same reasons that they did not go to county officials, the women said they were also afraid to report the crimes to the Santa Ana Police Department, Rackauckas said. Bustamante would often brag about his relationships with members of the department.

He would also intimidate the women by bragging about his law enforcement training, talking about guns, displaying police badges in his office and showing some of his victims handcuffs and a police baton that he kept in his desk drawer, Rackauckas said.

Regarding the alleged theft of public funds, Bustamante is accused of fraudulently receiving more than $3,100 in county funds relating to his attendance at Harvard University’s Senior Executives in State and Local Government program.

He had initially agreed to pay 25 percent of the $11,200 tuition for the program and then later signed a letter stating that he agreed to personally pay $3,500 of the tuition. But despite the agreement, he still submitted and received a tuition reimbursement of $3,000 for his share of the tuition, Rackauckas said.

He also charged the county for meals to which he was not entitled during the program, Rackauckas said.