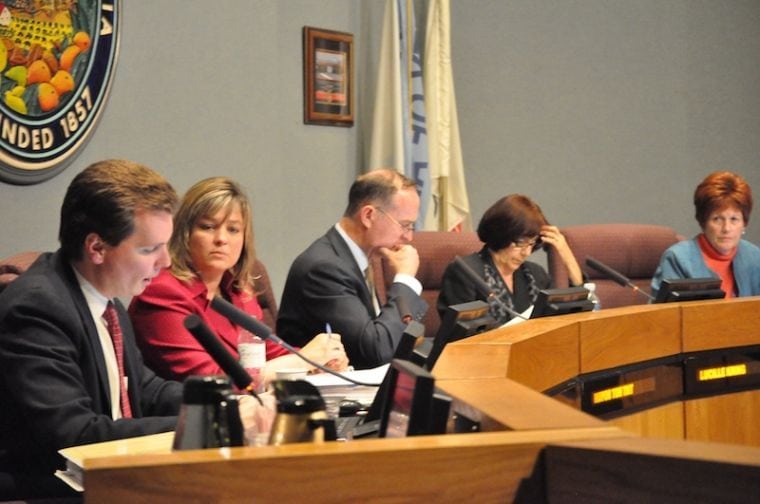 Why the city of Anaheim suddenly decided to enter into settlement talks after spending more than a year fighting the American Civil Liberties Union’s voting rights suit is purely a matter of speculation at this point, as both sides remain mum on the subject.

But those close to City Hall said a judge’s recent ruling against the city of Palmdale in a similar lawsuit is one big reason why the city changed its stance. Others point to the prospect that some of Anaheim’s biggest power brokers, former Mayor Curt Pringle among them, would have to answer questions under oath in depositions.

The ACLU suit argues that Latinos, who make up 54 percent of the city, have been unable to elect council candidates under the city’s at large voting system, which would be a violation of the 2001 California Voting Rights Act.

The current five-member City Council is all white and doesn’t hail from Latino neighborhoods. Activists say the result of this inadequate representation is a council that represents major business interests and affluent communities over the needs of working-class neighborhoods fraught with social and economic challenges.

The ACLU and activists are seeking a district election system. This would restrict voting for a council candidate to a resident’s geographic district, and it would guarantee council representation for Latino neighborhoods, said ACLU attorneys and activists.

In July, Palmdale officially lost its fight against a Voting Rights Act lawsuit. That city of more than 150,000 residents is more than half Latino, but only one Latino has ever been elected to its City Council. The Los Angeles Times had warned that the ruling was a clear sign of where the Anaheim case was headed.

But it wasn’t until after depositions of Anaheim council members were scheduled and the ACLU specified records it could be seeking in the discovery phase of the case that city leaders agreed to settlement talks.

The records ACLU attorneys could uncover range from emails showing the influence of behind-the-scenes lobbying at City Hall to communications that are downright embarrassing for council members, a Voice of OC review of ACLU correspondence found.

Morgan Kousser, a California Institute of Technology professor who has worked on past voting rights cases, speculated that there are several reasons the ACLU would want such records.

While the law only requires that the ACLU show a pattern of racially polarized voting in Anaheim and that Latinos are unable to elect candidates under the at large system, federal appellate courts might consider documents that show inherent discrimination within the city’s political environment, Kousser said.

The other reason may simply be to use the records and depositions as pressure to settle the case, he said.

“It’s a psychological ploy to a degree,” Kousser said. “They might be willing to negotiate a settlement rather than have all of this stuff be splashed all over the newspapers.”

ACLU attorney Bardis Vakili did not return a phone call seeking comment. But in the past he said that depositions would focus on whether council members are “responsive to the needs of the Latino community,” among other things.

The prospect of the ACLU deposing Pringle, who as a consultant sells the influence he attained in government circles during his stints as a mayor and assemblyman, was also a likely factor in the decision.

The split so far on whether to implement district elections has been a tight 3-2. Mayor Tom Tait and Councilman Jordan Brandman favor the system switch, while council members Lucille Kring, Kris Murray and Gail Eastman are against it.

If depositions were to happen, ACLU lawyers have made it clear they would demand more details regarding email communications and other information published by Voice of OC in recent months showing how Anaheim’s elite interests conduct their business. Here is a rundown:

Tait declined to comment on this article, citing the confidentiality of closed session meetings. Brandman, Eastman, Murray and Kring did not return phone calls seeking comment.