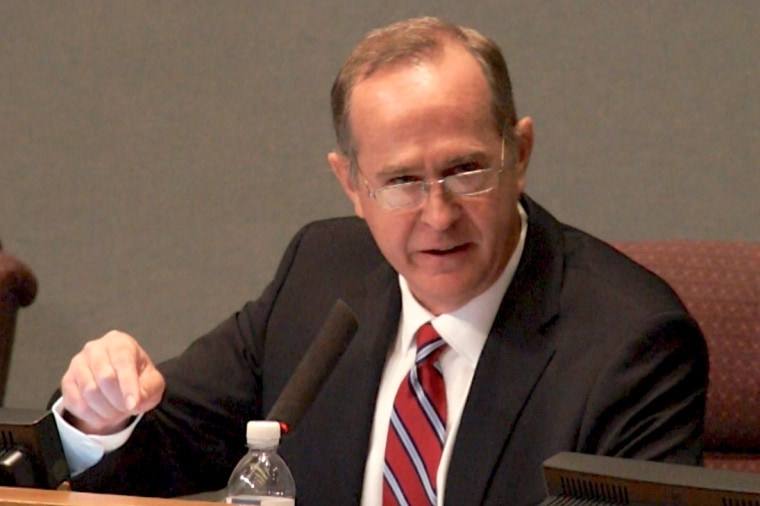 News that Angels owner Arte Moreno has reached out to Tustin leaders regarding a possible move did not surprise Anaheim Mayor Tom Tait in the least.

In fact, Tait said the inevitability of such hardball tactics from the billionaire team owner is exactly why he urged his City Council colleagues last year not to agree to extend the negotiating window on a new stadium lease, something they did anyway.

The Major League Baseball team and the city are haggling over the financing of up to $150 million in improvements and renovations to 48-year-old Angel Stadium.

Moreno is already obligated to maintain the stadium under the current lease. But he wants Anaheim to lease him 155 acres around the stadium so he can develop the land and have a revenue source to finance the cost.

The current lease framework proposes giving Moreno and a group of investors the land for 66 years at $1 per year. Moreno would also be able to drop “Anaheim” from the team name.

Until last September, Moreno had only until 2016 to leave before he was locked into the current lease through 2029. But in a 4-1 vote with Tait dissenting, the City Council extended that trigger clause in the lease to 2019.

In order to build a stadium in Tustin, Moreno needs four to five years, the team owner told the Los Angeles Times. Tait finds it curious that this is also the amount of time the council majority gave the team to quit Anaheim.

“To even be able to threaten leaving is only possible because the council majority unilaterally extended the time where they allowed the Angels to leave the existing lease to 2019 from 2016,” Tait said. “If they did nothing, then practically the Angels couldn’t go anywhere. And as I said when they voted on that, if the Angels do leave, you can trace it back to this vote.”

Just as predictable as Moreno’s tactics was the response from Kris Murray, the acknowledged leader of the council majority. She quickly pointed to the news as evidence that Moreno does have the ability to leave Anaheim and as a rebuttal to critics who say it isn’t possible.

“Our fears were justified,” she told the Orange County Register.

Meanwhile, Gail Eastman, another member of the council majority, publicly admonished Moreno at Tuesday night’s council meeting, saying that she was disappointed in the team owner’s decision to take negotiations to the media.

Eastman said that Anaheim is a public agency, not a player’s agent, and called on council members and Moreno to have patience in the negotiations.

Charles Black, a negotiations consultant the city hired, said last year that the extension was necessary to have Moreno more thoughtfully consider the negotiations. And he doubted that it would give Moreno more leverage.

“All of us make better decisions when not under pressure. … With that sword of Damocles hanging over their heads, they’re going to be potentially impulsive and difficult to negotiate with,” Black said.

Now it seems the city has passed the sword to Moreno.

According to the Times, Moreno is eyeing land at Tustin’s shuttered Marine Corps air station, which sits between the 5, 405 and 55 freeways.

Whether Tustin, a city of 78,000, has the resources necessary to build a free stadium for Moreno — and match what he already gets construction and rent free in Anaheim — is another question. Tait says it’s a preposterous idea.