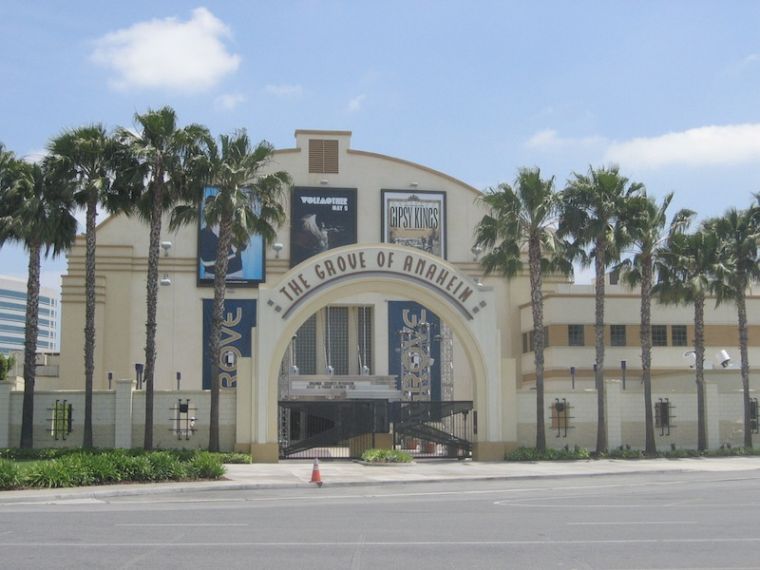 Yet another benefit for Angels owner Arte Moreno in his proposed stadium lease deal with Anaheim could be hundreds of thousands of dollars in annual revenue from the city-owned concert venue that is adjacent to the stadium, according to Mayor Tom Tait.

So far the controversy surrounding the proposed lease framework has centered primarily on a provision that would allow Moreno and investors to lease 155 acres of public land — mainly a parking lot around Angel Stadium — for 66 years at $1 annually. Moreno would use revenue from developing the land to finance up to $155 million in stadium renovations.

Tait and other critics of the current proposal call it a massive giveaway of taxpayer dollars to a billionaire baseball owner for stadium renovations that he has already promised to do in the current lease agreement.

Meanwhile, other officials, including a majority of City Council, have generally been more supportive of the proposal and emphasize that it is just a starting point to negotiations.

But lost in the argument up to this point is that city negotiators seem willing to sweeten the pot even further for Moreno by including the City National Grove of Anaheim, a venue that holds up to 1,700 guests for concerts.

The mayor said including the Grove not only adds to the giveaway to Moreno but robs the city of much-needed general fund revenue. The Grove produced $315,346 in net revenue for fiscal year 2011-12, and $426,110 last fiscal year, according to figures provided by city spokeswoman Ruth Ruiz.

“Why would we give that up? It makes no sense to give that up,” Tait said. “That’s money that we use for essential city services.”

Since news of the lease framework first broke in August, the mayor has waged a public relations campaign aimed at securing a better deal for taxpayers by stirring up public opposition to a deal he said is one-sided.

Tait argued the city should demand a 50-50 split of revenue Moreno generates from the land development and so far has managed to bring negotiations to a stalemate.

Tait’s efforts, along with media scrutiny of the deal, has led some members of the council majority — typically in favor of large subsidies for private developers — to draw a harder line with Moreno, saying that they are obligated to bring about a fair deal for the city’s taxpayers.

Meanwhile, Moreno, who places blame for the lack of a deal squarely on the mayor, is also taking a tougher stance. He announced last month that the team was in talks with Tustin to potentially build a stadium in that city.

Council members in that city, however, said they would not agree to publicly subsidizing stadium construction, leaving the immense building costs — hundreds of millions of dollars — to Moreno.

Anaheim Councilwoman Lucille Kring, who announced her candidacy for mayor at Angel Stadium, said she was aware the Grove was going to be incorporated somehow into a deal with Moreno, but she’s unsure so far whether the city or the team would get the building’s revenue.

Kring said that the Grove has been making money for the city ever since it was purchased in the early 2000s, and she said that Tait at the time voted against buying the building. “It’s a strong asset for the city,” she said.

When asked whether she would support transferring the Grove to Moreno, Kring responded: “What am I going to get for it? I can’t say that; I don’t know what’s on the table.”