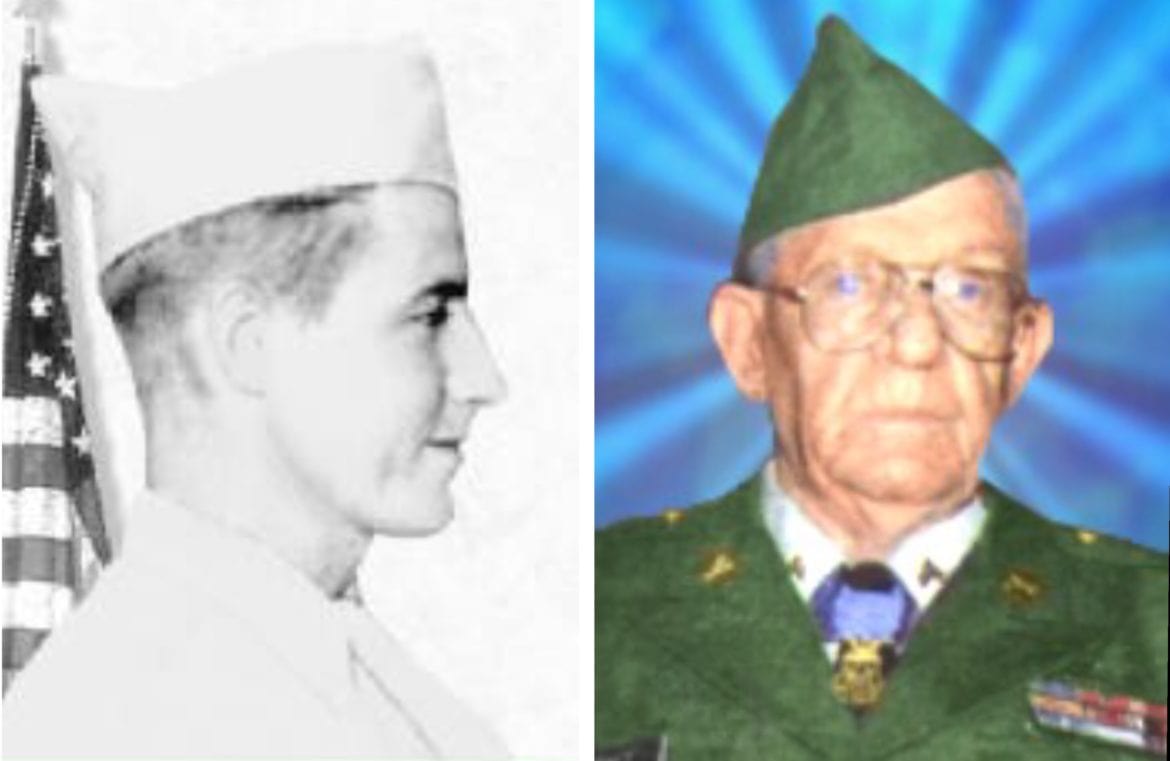 Clarence Craft was born in San Bernardino, Ca on September 23, 1921.  He entered service at Santa Ana, Calif. Calif and served a second tour in Korea. He died on March 28, 2002. 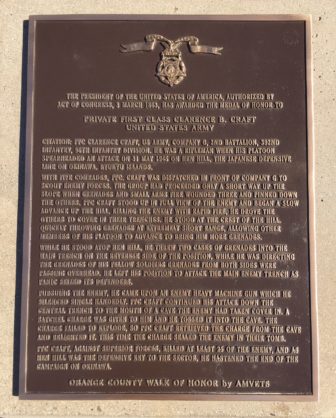 He was a rifleman when his platoon spearheaded an attack on 31 May 1945 on Hen Hill, the Japanese defensive line on Okinawa Ryukyu Islands.

With five comrades, PFC. Craft was dispatched in front of Company G to scout enemy forces. The group had proceeded only a short way up the slope when grenades and small arms fire wounded three and pin down the others. PFC Craft stood up in full view of the enemy and began to slow advance up the hill. Killing the enemy with rapid fire, he drove the others to cover their trenches. He stood at the crest of the hill quickly throwing grenades at extremely short range, allowing other members of his platoon to advance to bring him more grenades.

While he stood atop Hen Hill, he threw two cases of grenades into the main trench on the reverese side of the position, while he was directing the grenades of his fellow soldiers grenades from both sides were passing overhead. He left his position to attack the main enemy trench as panic seized its defenders.

Pursuing the enemy, he came upon an enemy heavy machine gun which he silenced single handedly. PFC Craft continued his attack down the central trench to the mouth of a cave the enemy had taken cover in. A satchel charge was given to him and he tossed it into the cave. The charge failed to explode, so PFC Craft retrieved the charge from the cave and relighted it. This time the charge sealed the enemy in their tomb.

PFC Craft, against superior forces, killed at least 25 of the enemy, and as Hen Hill was a defensive key to the sector, he hastened the end of the campaign on Okinawa. 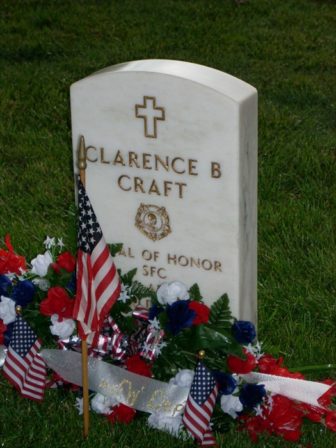 Medal of Honor Recipient Clarence B Craft  lies in repose near the main Circle Drive of the Southeastern part of the Cemetery. The Cemetery is located at 700 Government St in Fayetteville, Arkansas. Entered service at: Santa Ana, Calif. Calif. He served a second tour in Korea.