The following is a press release from an organization unaffiliated with Voice of OC. The views expressed here are not those of Voice of OC. FOR IMMEDIATE RELEASE
FOR MORE INFORMATION:
Joel Zlotnik (714) 560-5713
Eric Carpenter (714) 560-5697
OCTA Offering Free Bus Rides to Help Ring in New Year
Extended service hours will provide residents a safe ride home for the 15th year
ORANGE – The Orange County Transportation Authority is making it safe and convenient for people to celebrate the New Year by offering free bus rides from 6 p.m. on New Year’s Eve, Saturday, Dec. 31 to 2:30 a.m. on New Year’s Day, Sunday, Jan. 1.

Schlotterbeck: Understanding How to Love Our Parks Without Destroying Them

Orange County is home to an outstanding open space and regional park system. Here’s background information and handy tips that can help keep these treasured lands in top notch shape for all to enjoy.

Donate Now to Voice of OC and Double Your Impact

The John S. and James L. Knight Foundation, the nation’s leading journalism funder, has chosen Voice of OC to join a select group of nonprofit newsrooms across the country eligible for a month-long matching grant challenge.

It took a surprise meeting during a holiday week with nearly half of the City Council absent, but Mayor Miguel Pulido was able to engineer — at least temporarily – the ouster of City Manager David Cavazos. Residents and community activists cried foul.

Having failed in a previous attempt, Mayor Miguel Pulido called a special City Council meeting for Wednesday to vote on whether to put City Manager David Cavazos on leave. Cavazos’ three supporters on council are out of town.

Issue of the Year: OC’s Fight Against Homelessness

While many challenges remain, 2016 will go down as a year in which Orange County officials finally began to address one of the county’s most shameful realities — its ever-increasing homeless population.

Here is a rundown of the stories that got the most attention from our readers during the past year.

Holding the Powerful Accountable in 2016

In 2016, Voice of OC delved into how corporations spend to influence public policy, the ways in which politicians pull the levers of government to stay in power, and how they use their public offices for private gain.

The Year in OC Political Theater

In a normal year, Orange County gets more than its fair share of political theater. In 2016, one of the most important election years in recent history, it was worthy of Broadway. 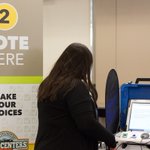 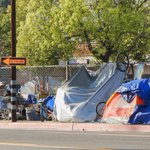