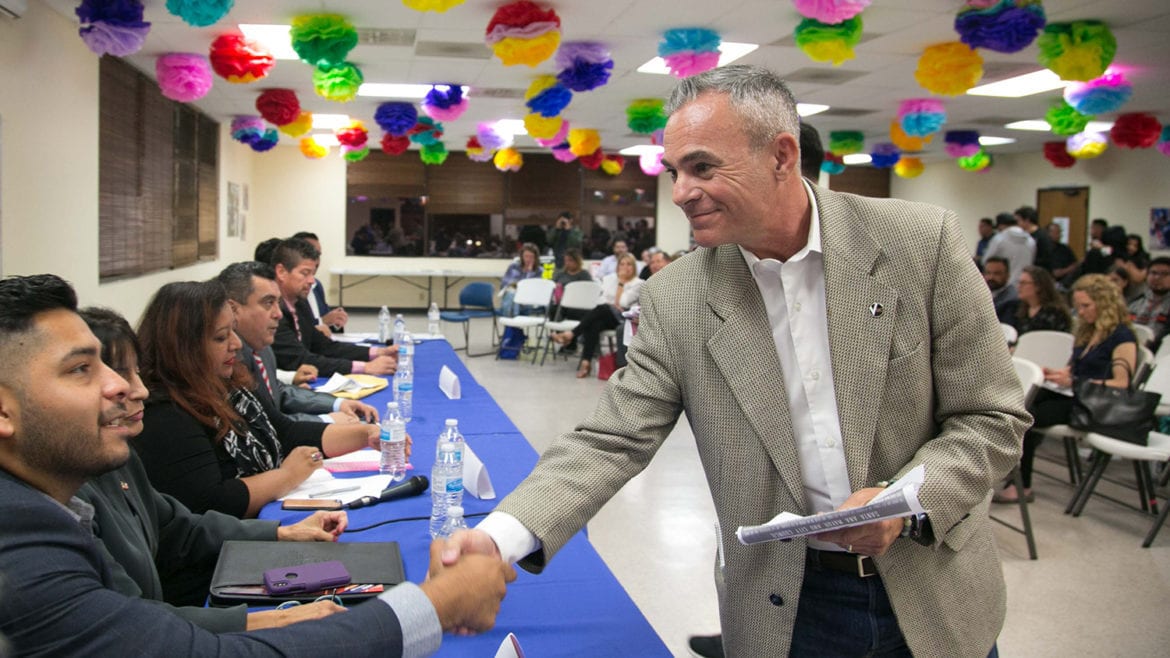 Voice of OC Publisher Norberto Santana, Jr. moderates the first debate in modern times for candidates vying to become the next Mayor of Santa Ana.

During this historic election season, Voice of OC has been front and center at a host of election debates and forums all across Orange County.

Earlier this month in Santa Ana, Voice of OC Publisher Norberto Santana, Jr. moderated the first debate ever in modern times for candidates vying to become the next Mayor of Santa Ana. Incumbent Mayor Miguel Pulido squared off against his challenger, City Councilman Sal Tinajero — the first time that most can remember Pulido engaging in a one on one debate. Council candidates also debated the future of the city at the forum sponsored by nonprofits like Resilience OC and Latino Health Access in downtown Santa Ana.

Yet Santa Ana wasn’t the only place Santana moderated debates.