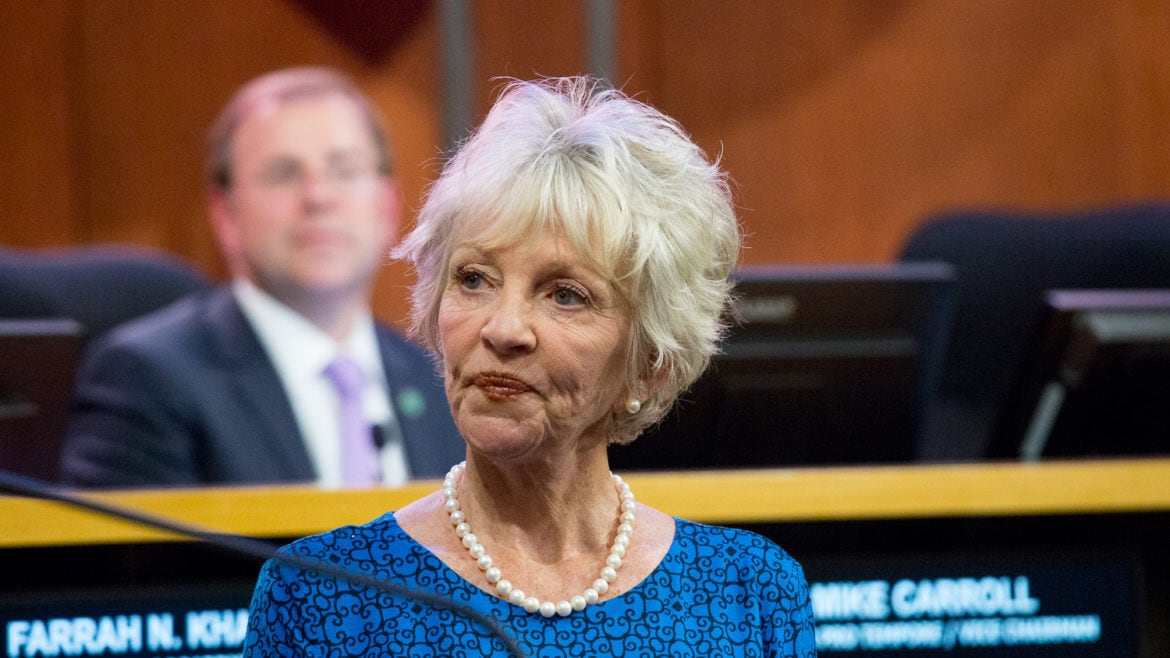 Irvine and Newport Beach officials started 2020 by pushing back against new state-mandates to zone for thousands of new homes, as California continues to grapple with a housing shortage.

The new method increases – and in some cases nearly doubles – the number of affordable housing units that cities would have to build by Oct. 2029. Irvine’s housing targets increased from 20,774 new units to 22,803, while Newport’s rose from 2,751 units to 4,832.

Irvine City Council members adopted a resolution Tuesday condemning the new housing requirements, but not taking any legal action against it. The resolution, which was put forward by Mayor Christina Shea and Councilman Mike Carroll, said the process was undermined from its last-minute introduction right before it was approved in November by the Southern California Association of Governments (SCAG).

“The City of Irvine is one of the number cities in Orange County that provides the most affordable housing units for those less fortunate,” Shea said.

Newport Beach council members voted unanimously Tuesday to approve a “Housing Action Plan” that recommends the city file an appeal with SCAG over the home construction goals for the next decade.

“Their argument was, the jobs are here by the coast, the jobs are here in Orange County, don’t put housing in Riverside,” said Seimone Jurjis, Newport Beach’s community development director, during Tuesday’s City Council meeting.

In October, SCAG put forward a draft plan detailing how and where 1.3 million new homes – mandated by the state – will be distributed to cities in Orange, Los Angeles, Riverside, Ventura, Imperial and San Bernardino Counties.

The earlier proposal was developed over nine months with public input sessions, and while several city council members from Orange County expressed their disapproval with the plan, they agreed to “swallow the bitter pill” of the earlier proposal, said Irvine Councilman Mike Carroll.

But that proposal was dropped in favor of a plan proposed at SCAG’s November meeting by Riverside Mayor Rusty Bailey. Bailey’s plan shifted much of the requirement to zone for new homes from Riverside County to Orange County – specifically coastal cities.

Carroll, who represents Irvine on SCAG’s board, said Bailey and Los Angeles Mayor Eric Garcetti were behind the new plan adopted at the November meeting. Carroll said that while Garcetti is a member of the board, he “never attends the meetings.”

“[Garcetti] held the floor for an extremely unreasonable amount of time for some reason, and him and his cohort councilmember (David Ryu) and the gentleman from Riverside basically cooked up a plan,” Carroll said. “They just substituted their own, rammed the vote, and basically every community except Irvine in Orange County got double the amount of housing units.”

Garcetti’s office did not respond to requests for comment Wednesday.

Cities across Orange County have criticized the methodology SCAG used to distribute the homes, saying it did not take into account their concerns and input.

“It is a methodology that allowed no transparency, no public vetting or discourse. It was just mandated in a very dictatorial fashion by non-elected individuals,” Newport Council member Diane Dixon said in an interview this week. “We’re committed to responding to the State of California but we have a gun to our head and that’s not fun.”

“We currently have around 45,000 housing units in our city. Asking for the next eight years to [potentially] grow out 4,800 more units is a big ask,” O’Neill said at Tuesday’s study session.

Newport council members said they found the original, lower numbers difficult to comply with due to multiple obstacles the city faces in building the new homes. As examples, they cited state coastal protection goals for slowing development growth.

“We weren’t happy with this [earlier] number. We were actually shocked that the number came out to 2,751 units but we quickly accepted it,” Jurjis said, adding that the new number is “unattainable.”

While pushing back against the housing targets, Newport Beach is simultaneously moving to develop its own housing plan, with council members voting to create a Housing Element Advisory Committee of residents to provide guidance on where new homes will go.

Dixon acknowledged California’s housing problem and said Newport Beach is doing its part. She said no one has considered the impact more than 4,800 new units will have on the city.

“No one has considered the impact on education, on public safety, transportation and water. There are just a tremendous amount of unanswered questions,” Dixon said.

Newport’s action plan also recommends the city request an extension for submitting its Housing Element update past the current deadline of Oct. 15, 2021. Failure to comply with the deadline can result in fines that range from $10,000 to $600,000 a month, according to state law.

“This is something that is clearly going to dominate a lot of our city staff time, a lot of City Council time, a lot of community time for at least the next seven months, so we need all hands on deck for this one,” O’Neill said.

Carroll emphasized the goal of Irvine’s resolution was not to roll back or limit affordable housing construction, but to protest the process of how the units were distributed without local support.

“We participated in something that felt like a kangaroo court,” Carroll said during Tuesday’s council meeting.

“The direct aim of the resolution has very little to do with the number of units, it has an extreme amount to do with process. The process was completely thwarted. The County of Los Angeles conspired with the County of Riverside.”

Melissa Fox was the only Irvine councilmember to vote against the resolution, saying that while she disagreed with the allocation, a resolution sends the wrong message to the community.

“To add an additional 22,000 units on top of what we have already done does not seem reasonable. However, a resolution of this type sends the wrong signals, particularly to millennials and working families, that we don’t want them here in Irvine,” Fox said at the council meeting.

“We need to have a different process than a resolution that doesn’t have any legal effect, and seems to be thumbing a nose at what is a very serious crisis in the state.”

Carroll responded to Fox’s concerns by saying it wasn’t in any way meant to minimize the importance of affordable housing.

“We believe the we are a leader in building affordable housing,” Carroll said.

“What happened is we were completely outwitted by the mayor of Los Angeles, Councilman Rue, and this gentleman Rusty Bailey. And Orange County was dispatched with pretty quickly.”