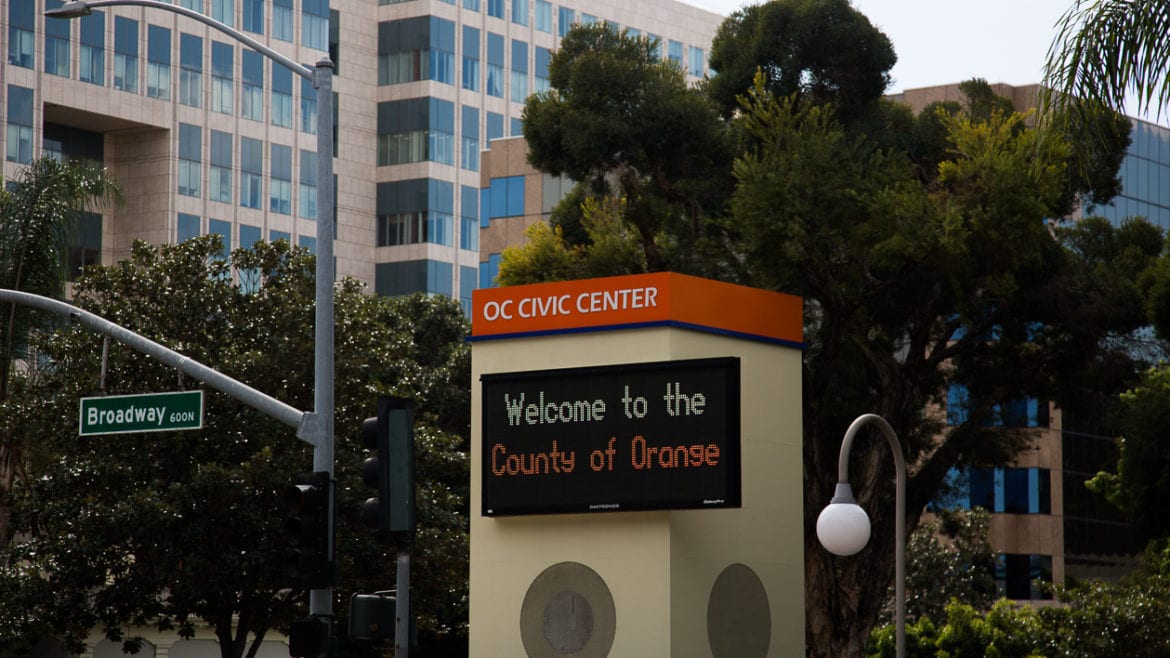 Orange County government leaders continue to play a dangerous game of catchup to the coronavirus pandemic.

Whether it’s redeploying the county’s 20,000 person workforce to meet the massive social services and health care crisis coming our way or figuring out how to adapt the county’s homeless sheltering efforts, assessing local hospital capabilities or ensuring the region gets its fair share of coming stimulus and aid funding, Orange County officials seem to be scrambling.

Last week, we saw that public communication continues to be a major challenge for the County of Orange, especially during disasters.

It’s an issue Voice of OC pointed out earlier this year when we launched our disaster page and noted the concerns from a recent grand jury report about the lack of a coordinated public information efforts during disasters.

When it comes to official communications, the County of Orange is still very much dominated by the bunker mentality that developed after the 1994 bankruptcy, one which essentially focuses on serving politicians and shutting out the public.

We saw that last week when the county Public Health Officer, Dr. Nicole Quick, issued a stay at home order. When natural questions about exceptions came, the County of Orange public information managers failed miserably to explain the order, eventually putting out a secondary notice ostensibly because of blowback from a confused business community.

Throughout the crisis, public press briefings have mostly been rare, last-minute and badly organized.

That’s because these folks are wasting too much time consulting and adjusting to politicians – many who are running for elective office this fall.

After enduring one last-minute afternoon press conference last week, standing next to a bunch of reporters while officials simultaneously told us about the importance of social distancing, I couldn’t help but notice the political dog and pony show put on by OC Supervisors Chairwoman Michelle Steel (running for Congress) and Vice Chair Andrew Do (running for re-election) and called it out in a column.

Voice of OC is bringing you the latest on Coronavirus in Orange County.
Always know the latest by subscribing to our email alerts. Get involved by sending us questions, writing an editorial, submitting a press release or starting a monthly donation.

And while County CEO Frank Kim recently told his 20,000-person workforce that they have to view themselves as front-line emergency workers, it doesn’t seem that county supervisors or Kim’s fleet of executive managers have really put out clear marching orders.

Instead of reacting with fear, county leaders need to embrace this challenge to change the nature and face of local government.

When it became clear last week that people would have to stay home for a short period to try to flatten out the curve of coronavirus spread, county leaders were slow to issue public information or effectively redeploy their workers.

You would think this is a good time to figure out how many people can telecommute or how other government services can become virtual.

With a new swath of buildings being planned for the civic center, it would seem the coronavirus might force a rethinking of an urban civic center campus.

Yet it seems that kind of thinking – effectively shrinking government while making it cover more ground – just can’t evolve at the County of Orange.

Instead, county officials seemingly stick to the bunker approach.

Scores of workers from across the county’s nearly two dozen departments are complaining about inflexibility on work schedules or work-at-home arrangements just as schools are closing.

Agencies, like the courts, last week went back and forth on whether to open or close.

Other county agencies forced workers to report back for work without having adequately protected their workspaces or dealt with the implications of cleaning facilities, limiting public contact or addressing health concerns like those with elderly parents at home or with compromised immune systems.

For example, according to several workers, some managers were still scheduling things like team meetings and classroom trainings. Cooks in the county jails were wondering why they couldn’t just offer sack lunches to prisoners instead of still having them line up for meals.

One of the biggest concerns for public workers and business owners in downtown Santa Ana is the nearly 500 homeless residents living at the Courtyard Transition Center, right underneath a county Health Care Agency building.

Workers and neighbors keep asking what will happen with the facility given the distancing orders.

Despite the risks, county officials clearly don’t want to pay to send homeless residents to local motels, as was done several years back when encampments on the Santa Ana riverbed were moved.

Officials did pay several million dollars to fix damage to nearby motels.

However, it’s clear now those same motels are empty.

What’s the argument to not try to either rent or purchase them as a logical place for permanent supportive housing?

That’s a much cheaper and faster approach than constructing new housing.

Yet instead of implementing that kind of quick and simple solution, county leaders on Sunday night announced they want to send homeless people to a former juvenile offender camp, the Joplin Youth Center, in nearby Trabuco canyon out on the edge of the Cleveland National Forest.

And now with the National Guard being activated, it looks like county officials are working to switch cold weather locations from the armories to other nearby locations.

All while ignoring the mandate to keep people separated.

And not much of a public rollout other than a press release on Sunday night.

I bet that within 10 miles of the Courtyard Transition Center there are a dozen motels willing to either sell or work with the county to set up the ability to individually house people in a cost-effective manner.

What keeps that from happening in Orange County is that county managers are used to working with less because their state and federal elected officials just don’t bring back many resources.

These managers are terrified that they won’t be reimbursed if they step up and do the right thing.

They are probably right.

Whether it’s Republicans or Democrats, it seems that our region just doesn’t get a fair share of resources from the state or federal government.

Indeed, with a federal stimulus bill seemingly stalled, our entire congressional delegation on Friday called on the county government to delay property taxes for 90 days.

These are the folks that took out the Republicans arguing they would get federal resources back to OC.

After having covered so many fires, hurricanes and now a pandemic, to me it’s clear that when it comes to disasters, it can be dangerous to be led by accountants, bureaucrats and politicians.

Given the nature of this quickly spreading coronavirus, we need people to quickly step up and become leaders.

We need leaders to be bold, creative and craft cooperation.

And we need them at all levels.

And confidence is what we all need now.