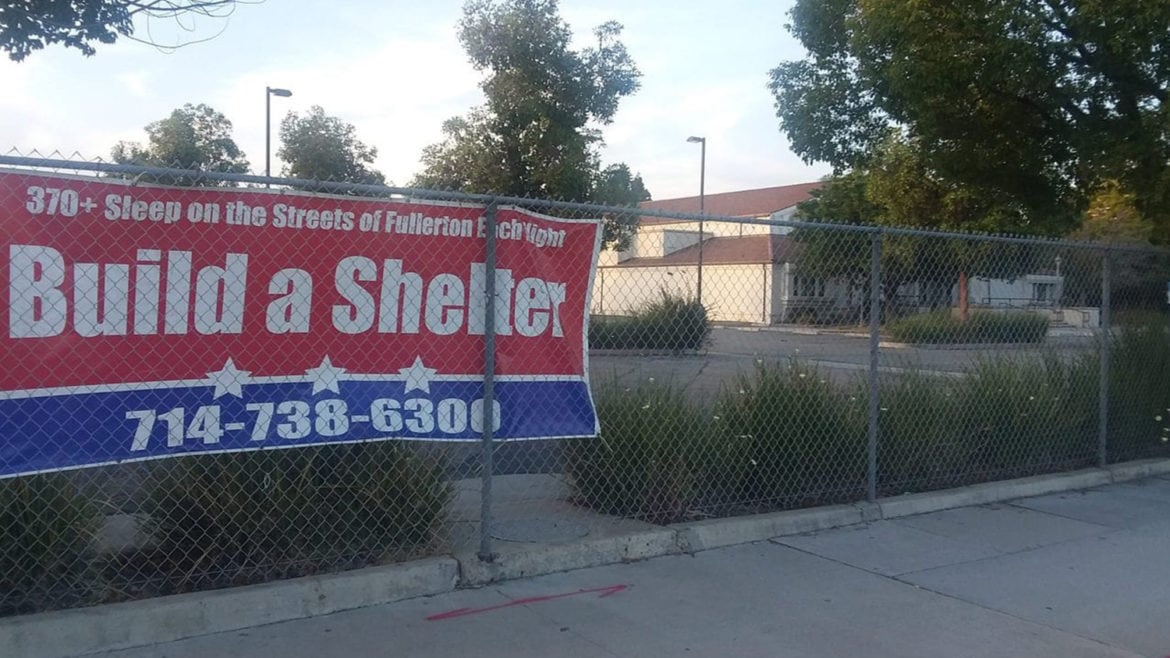 Sign outside of St Philip Benizi Parish. In recent months a 150 bed Recuperative Care / Navigation Center was approved by the Fullerton City Council, and should be online soon. Still even with no design changes due to COVID-19, Fullerton's homeless street population will remain at 220. And there are thousands more across the County. Can we do better? Of course we can.

Why are they dying?  Whether directly of the virus or of neglect or fear of seeking help until the last minute, the mortality rate among OC’s homeless has doubled.

What are we doing?  With much panting and often complaining, the county has put 500 homeless folks, most who had already been sleeping in shelters (so almost NO ONE has been moved from the streets) into hotel rooms through the state funded Operation Room Key.  At current mortality rate, by the end of the year nearly as many of OC’s homeless will have died on our streets. 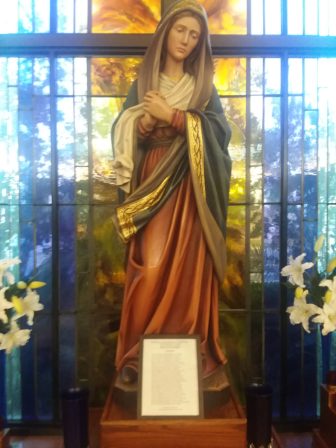 Can we do better?  Of course we can.  We choose not to.  And so the names of thirty more souls lie this month at the foot of our statue of Our Lady of Sorrows at our Parish of St. Philip Benizi in Fullerton. 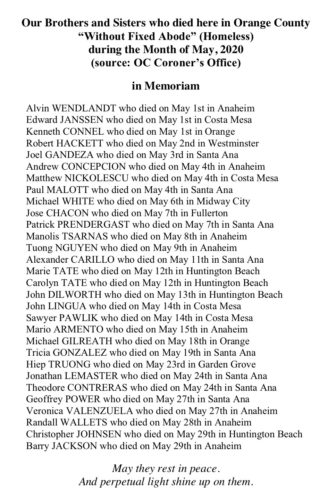