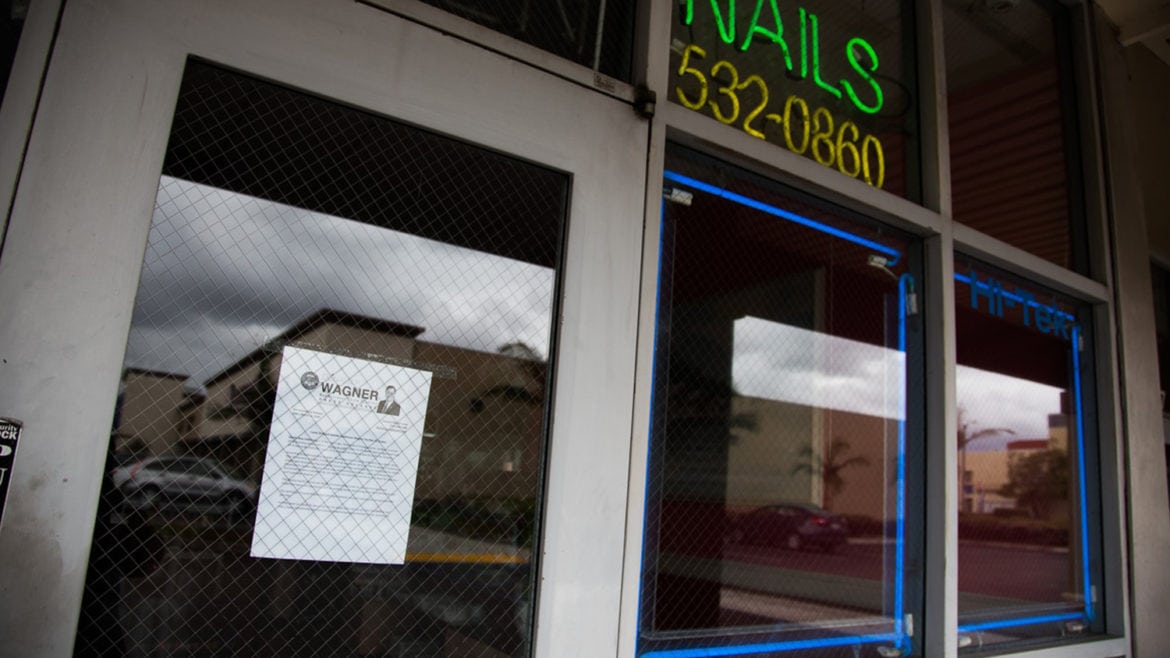 Orange County barbers, hair and nail salons as well as massage therapists can open again across California, but they have to move their services outside, like restaurants, following Gov. Gavin Newsom’s updated coronavirus health orders.

The move comes a week after Newsom closed down indoor operations of the businesses, along with movie theaters and gyms, after the state saw a steady increase in virus cases.

“It was our intention to provide for barbershops and the like to do their work outdoors,” Newsom said at a Monday news conference.

But officials had to navigate a maze of regulations on shampoos, nail polish and other chemicals used by the businesses, including local ordinances, before they could craft the outdoor guidelines.

“Turned out that was more challenging than it may have appeared. The good news is that we have new guidelines out … clarifying what we can and can’t do as it relates to haircuts and activities that we want to move indoors and outdoors,” Newsom said.

The reopening guidelines apply to counties that have been on the state’s watchlist for three consecutive days, like OC, for rising case counts.

Monday’s announcement also comes on the heels of Newsom ordering all schools stay closed to in-person classrooms in counties that are on the watchlist. The schools will instead continue online learning.

OC has been on the watchlist since the beginning of the month and it’s unclear when the county might come off of it.

Watchlist counties won’t be able to reopen schools until they stay off the list for two weeks.

“What the Governor did is say let’s not consider opening schools where there’s a large background of disease and let’s start putting in place some necessary elements the schools need to be open.”

He also said kids should get back to school, but plans like virus testing, contact tracing and isolation need to be worked out first.

“I do share this notion that we do want the kids back in school. I share it with the American Academy of Pediatrics,” Cooper said. “But you’ve got to make sure you do it in a reasonable and thoughtful way.”

Meanwhile, the virus has now killed 493 people out of 29,986 confirmed cases, according to the county Health Care Agency.

Hospitalizations saw a decrease over the past week and there were 666 people hospitalized, including 213 in intensive care units, as of Monday.

Nearly 360,000 tests have been conducted throughout OC, which is home to roughly 3.2 million people.

The positivity rate over the past seven days is 13.2 percent, exceeding the state’s threshold of eight percent. And the cases per 100,000 people over the past two weeks dipped to 192, but is still far above the 25-person threshold set by the state. Those metrics are keeping OC on the watchlist.

Bernadette Boden-Albala, UC Irvine founding dean of public health, said the virus may affect children as much, but they can still spread it.

“The concern is not about the children per se, most children, the great majority of children, will fare well with COVID, but they will spread it to those who will not fare well and that’s the problem,” Boden-Albala said in a Voice of OC podcast on the pandemic last Thursday.

Cooper, who’s been a pediatric professor for 22 years, specializes in lung diseases and was the lead doctor at UCLA Medical Center’s pediatric intensive care unit, said children should wear masks if they go back to classroom learning.

Boden-Albala and Cooper, along with all medical doctors and virus experts interviewed by Voice of OC, said physical distancing and masks are the two key ways to slow the spread of the virus.

“Evidence has grown really exponentially that masks are critical. They stop transmission  and they save lives,” Boden-Abala said. “We didn’t always have the evidence.”