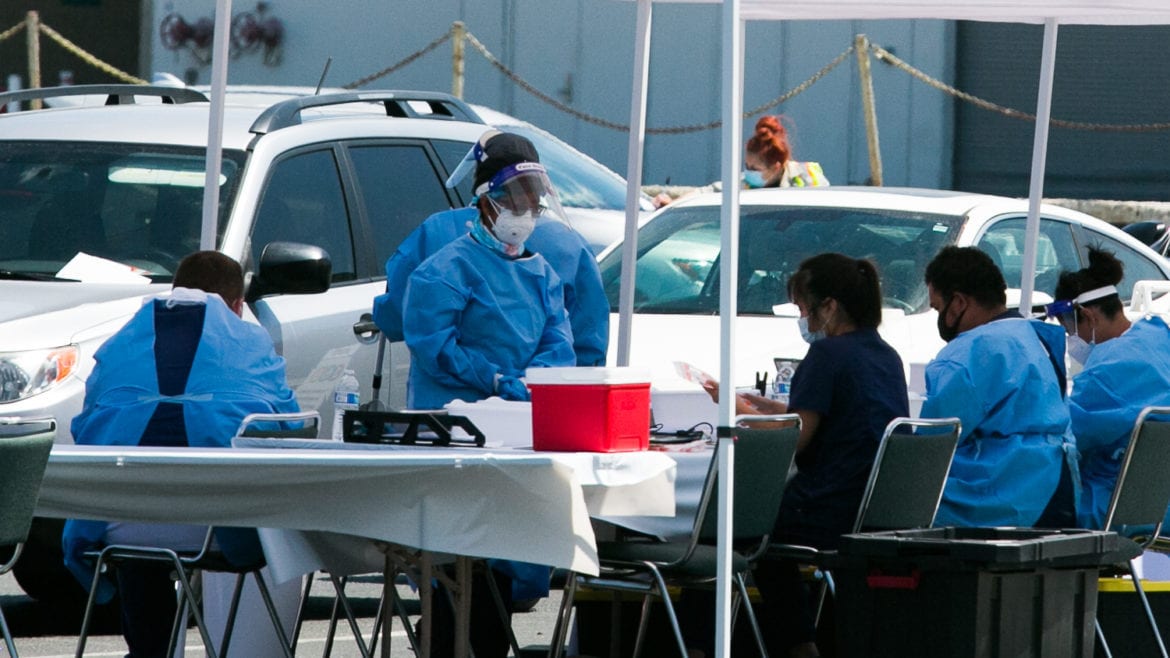 The testing center, at the Anaheim Convention Center, has been touted as helping provide better testing access in the hard-hit largely Latino communities of West Anaheim and Santa Ana.

But when it came to county grants for restaurants that say they’re following pandemic safety rules, within a week of the announcement the application was available in multiple languages, including Spanish, Vietnamese, Korean and Chinese.

Local residents are questioning whether it shows skewed priorities amid the biggest public health crisis in a century.

At the county’s weekly coronavirus news conference last Thursday, Voice of OC asked top county officials when the testing sign-up will be translated, which languages will be available, and why has that not happened already in the month that site has been open, given the quick translation of the restaurant grant application.

In his response, the county’s top public health official did not say why the testing sign-up wasn’t translated, but said Spanish and Vietnamese forms would be available soon, without specifying when.

As of the following afternoon, the sign-up form – which is required to get tested at the Anaheim Convention Center site – was still only available in English. The testing site opened about a month earlier on July 15.

Chau emphasized that the Anaheim Convention Center “super site” – which is the county’s largest – isn’t the only one available. He pointed to separate mobile testing sites through the county’s Latino health initiative, which offer a total of 400 tests per day compared with 1,000 per day at the convention center site. Chau has previously said the mobile site appointments fill up quickly.

“Remember, the super site is not the only site that the county has. We have other sites as well. And the Latinx Equity Initiative also runs four different tests per week,” Chau said in his response at Thursday’s news conference. “And all of those sites have people who help folks to register to get tested in English, in Spanish, in Vietnamese, and by phone. And in Korean as well, because that initiative works with multi-ethnic community organizations.”

Two days earlier, at the county supervisors’ public meeting last Tuesday, Chau noted there were no language options besides English to sign up for testing at the Anaheim “super site,” and cited it a potential barrier that could help explain why many of the available appointments aren’t being booked.

Yet more than a month later, the sign-up page for the county’s Anaheim testing site is still not in Spanish, with neither Do nor any other supervisors raising questions when it came up at their meeting Tuesday.