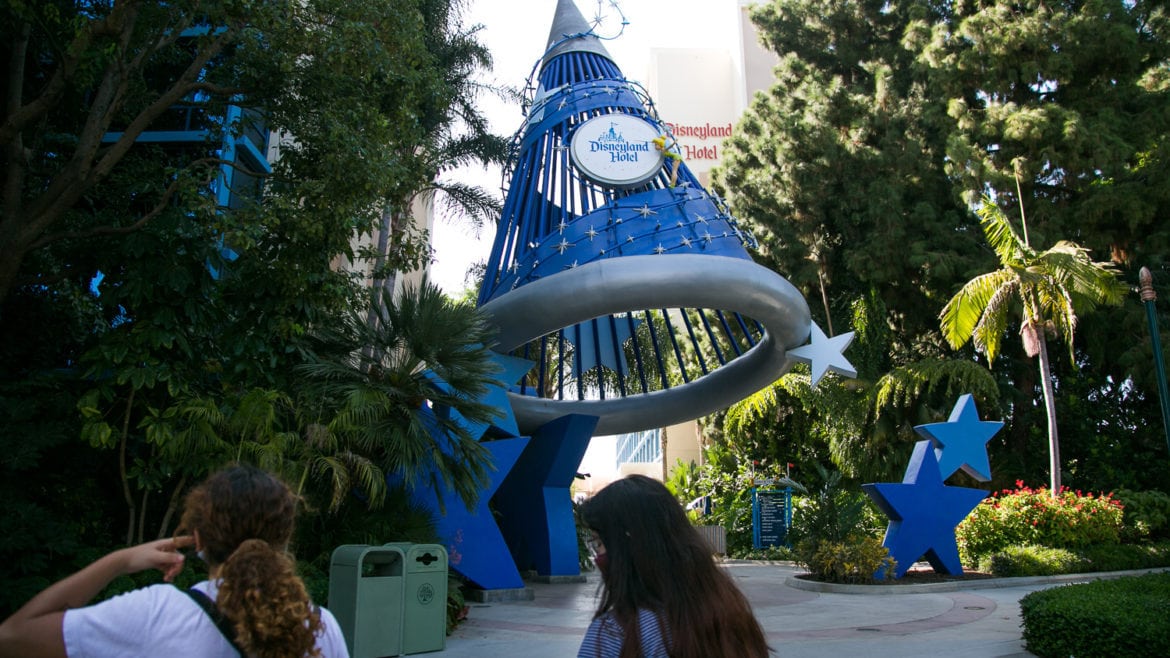 Disneyland officials are still bargaining with various worker unions over layoffs and coronavirus pandemic safety measures as pressure to reopen theme parks is mounting, while cities, like Anaheim, are facing multi-million dollar deficits.

Gov. Gavin Newsom has yet to release theme park reopening guidelines, despite him hinting at issuing the guidelines “very soon” for months.

At a Monday news conference, Newsom didn’t answer a question from an Associated Press reporter on when the theme park guidance will be released and only answered the part of his question about health equity metrics.

“Leaving communities behind in order to game your testing and your case rates, I don’t think is right. So our approach is to make sure we are doing justice to our communities and we are not just gaming the system to paint a rosy picture,” Newsom said.

Meanwhile, the leisure and hospitality industry that Disneyland-resort area workers belong to is facing a 19 percent unemployment rate across the country, according to the U.S. Bureau of Labor Statistics.

The statewide unemployment rate was 11.4 percent for August, the latest available data, according to the state Employment Development Department. The leisure and hospitality industry has lost roughly 633,000 jobs in the state since August of last year.

“The biggest priority right now is to keep some of those workers,” said OC Labor Federation Executive Director Gloria Alvarado.

Disney announced its laying off 28,000 workers at its U.S. theme parks.

Alvarado said nearly 6,000 of those layoffs will be Disneyland resort area employees.

“Our priority right now is to minimize those numbers and secondly a path to open that includes safety for all,” Alvarado said in a Monday phone interview.

“There is too much at stake. We need attainable guidelines that allow our theme parks and convention center to safely reopen to get people back to work and restore our economy,” Anaheim Mayor Harry Sidhu said in a Friday statement posted on the city’s Twitter account.

“My invitation still stands for Gov. Newsom to visit Anaheim and see the impact firsthand.”

Meanwhile, Sidhu is resisting calls to reopen the City Council chambers for in-person public comment or hold Council meetings through video conference with live comments from residents as he and the Council majority voted last week to sell Angel Stadium and the roughly 151 acres it sits on for $150 million.

Anaheim is facing a roughly $100 million budget shortfall this year.

Andrea Zinder, president of United Food and Commercial Workers local 324 in Buena Park, said there’s been some movement from Disney on providing employees a testing program.

“Disney has indicated that they are now willing to do testing of the cast and so we’ve had preliminary discussions on Disney with that and hopefully it will be rolled out this week,” Zinder said in a Monday phone interview.

She also said the union is slated to speak with Disney this week about the incoming Nov. 1 layoffs.

Last week, state officials said they saw an uptick in virus cases across the state.

This week, Newsom said the statewide positivity rate is the best it’s been since April. But, he said hospitalizations across the state are plateauing and have stopped decreasing.

Hospitalizations have been holding at around 170 in OC for weeks now.

Since the pandemic began in March, the virus has killed 1,287 county residents out of 54,760 confirmed cases, according to the county Health Care Agency.

As of Monday, 168 people were hospitalized, including 53 in intensive care units.

Over 900,000 tests have been conducted throughout OC, which is home to roughly 3.2 million people. Some people, like nurses and doctors, get tested numerous times.

That means OC won’t be able to reopen bars for outdoor operations and allow more people into restaurants, churches, gyms, movie theaters and malls as the county remains in the red tier, or Tier Two. Bowling alleys also remain closed.

Newsom said moving through the tiers is a “vulnerable period of time” because there will be “more and more activity, more and more mixing.”


Spencer Custodio is a Voice of OC staff reporter. You can reach him at [email protected]. Follow him on Twitter @SpencerCustodio
What is COVID-19? Do I have it?