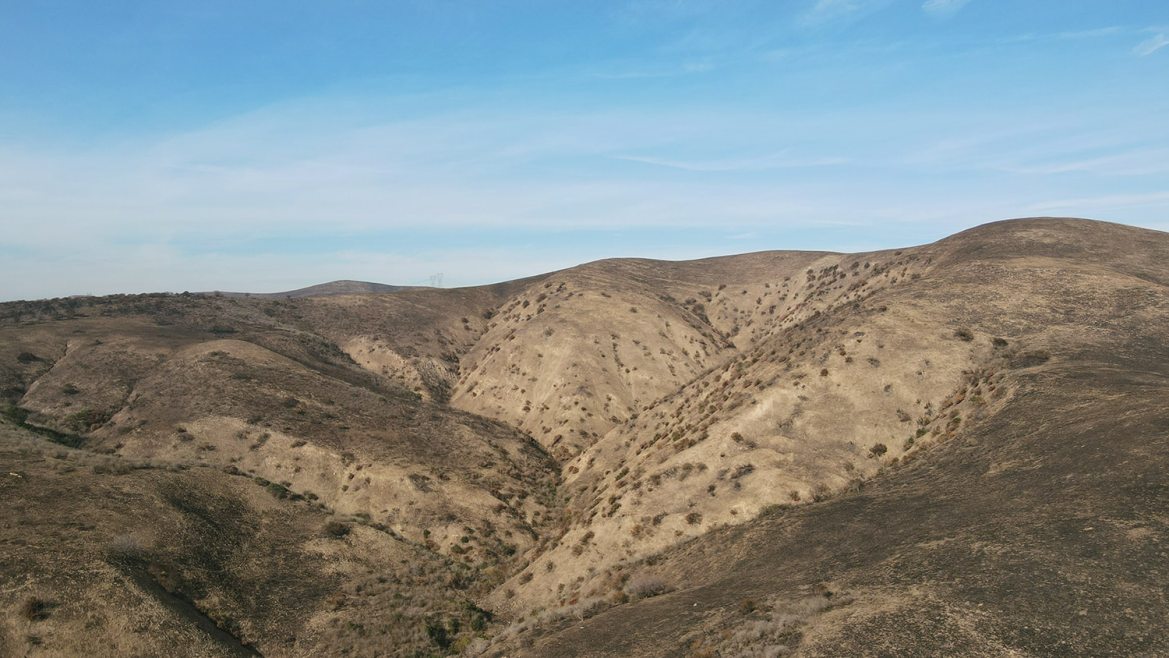 The Chino Hills State Park burned in the Blue Ridge Fire that started in late October.

The park, located at the intersection of several counties, including the County of Orange was severely burned this year in the Blue Ridge fire.

Editors Note: This three-day series takes a look at the ongoing risks for many Orange County residents who are living near wildfire zones that are burning more often with each passing year. This is the second story in the series. In the first story, Noah Biesiada looks into the challenges of evacuation communications in the last three wildfires. In the third story, Nick Gerda examines how homes were approved in such fire prone areas in the first place.

The fire itself took 11 days to contain and dealt damage to 10 structures and destroyed one.

“We believe that it may have been the result of a house fire, but the cause of the house fire is undetermined,” said Capt. Thanh Nguyen, a public information officer for the Orange County Fire Authority.

At the same time, firefighters were responding to the Silverado Canyon Fire that broke out earlier in the day, forcing thousands of Orange County residents to evacuate their home.

“From my experience living in fire country most of my life, It’s really hard to stop a wind driven fire because usually there’s other fires burning and so the resources are stretched thin, and firefighting resources are depleted and so you’ve got the double whammy of it,  you’re more vulnerable and you have less resources to fight with,” said Claire Schlotterbeck, the executive director for the Hills for Everyone organization.

The group formed in 1977 with the goal to preserve and protect the Puente-Chino Hills.

“It was founded in the mid 1970s by a guy named Dave Myers, who grew up hiking in the hills, and just kind of ran into one too many bulldozers one day and decided somebody needed to do something about the hills that he loved,” Schlotterbeck said.

Schlotterbeck said she joined the group in 1980 and worked with Myers and legislators to turn the area into a state park, which her organization acquired the land for. Since the first land acquisition in 1981, there has been over 30 acquisitions of land to expand the park.

There is still land the organization is looking to acquire for the park something they have not been able to do for years now.

“Sometimes we’ll have one or two fires in a year and sometimes we’ll be able to manage for two or three or four years without a fire and then something like this tends to happen,” Kietzer said “Unfortunately, this is not the largest fire we’ve had in Chino Hills State Park. In November of 2008, the Freeway Complex Fire burned 95% of the park and an area much larger than that outside the park.”

“The park in many ways was still in recovery from that fire.”

Over the years, there have been efforts to develop homes on that very land in Yorba Linda that burnt in 2008. The Orange County Board of Supervisors approved the Esperanza Hills project that would build over 340 homes in unincorporated territory.

“They only have one road in, one road out and that site burned almost in its entirety, again in this fire and it burned in 2008. It’s burned 2 other times,” Schlotterbeck said.

Pushback and lawsuits filed against the county and the city of Yorba Linda have fought to stop the project from seeing the light of day with residents voicing concerns about fire mitigation and evacuation plans.

An appeals court dismissed one of the lawsuits in June of this year. 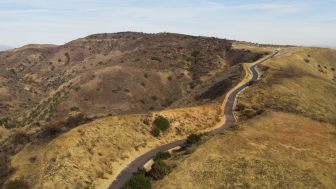 Parts of Chino Hills State Park have burned numerous times before the fire burned over 60% of the parkland this year.

For over a 100 years, wildfires have burned through the area where the state park now encompasses, according to a study done by the Hills for Everyone organization.

“Though fires are a natural part of the ecosystem, there is nothing natural about the size and frequency of the fires destroying our wild lands year after year,” reads the study.

Following the fire in 2008, the group ventured out to research the history of the fires in the area and provide recommendations on how fires can be avoided in the future. The study came out in 2012 and an updated version was published online last year.

“I’ve lived here 42 years and it just didn’t seem like people were paying attention to where fires were starting and what was causing them so we embarked on a fire study,” Schlotterbeck said. “Basically portions of the park are burning just about every year.”

The study encompasses fires in the area dating back to 1914 all the way to 2018 and found that during this period there have been around 150 fires. Most of the fires were caused by unknown sources.

“We identified three hotspots where fires, more commonly start and the most common place is where the Blue Ridge fire started,” Schlotterbeck said. “It’s a wind tunnel, that’s where the winds funnel through and they consolidate through the forest and the hills and so they become fiercer going through that Canyon.

She added that a lot of fires start there because of its proximity to the 91 freeway as well, caused by the vehicles passing by and sometimes roadwork.

“The Canyon Fire in 2017 that that went down into Orange and burned 80 homes there and part of the park, that was started by a road flare put out by Caltrans on a Santa Ana wind day,” Schlotterbeck said.

The park is home to a lot of wildlife and native plants to California. Kietzer said that a good portion of the damage by the fire was of low severity and that many of the trees and vegetation living along the streams should recover well.

“We had some acreage of the park that was in very good condition, and supported some of the endangered species and much of that will recover naturally and some of it will have been degraded by the fire and we’ll look to work on recovery of that and some of it was already in a degraded condition from previous land uses,” he said.

Kietzer said the biggest impacts to the habitats that live in the park will be seen in the coastal sage scrub habitat home to the California gnatcatcher, an endangered species of birds dependent on the sage scrub for foraging, nesting and shelter. The cactus habitat will also be impacted.

“A coastal sage scrub habitat can run from $30,000 to $60,000 per acre, it’s not inexpensive, it requires a fair amount of site preparation and it can require irrigation systems and plant propagation and then maintenance,” he said.

Kietzer said the park may look for funding opportunities like grants to help with restoration efforts but expects the restoration will not happen all at once. 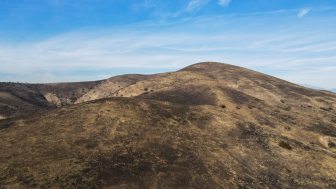 Schlotterbeck said the best way to predict where a fire will break out next is where it’s already burned and that they have made suggestions to Caltrans mitigate fire risks.

“We have to have better human behavior if we want to stop these fires basically and more cautious behavior by agencies,” she said.

Kietzer said the park works with regional organizations like the Orange County Fire Authority to prepare a coordinated response for when there is a fire.

“It’s working with the fire authorities to make sure that we’re coordinated and have as best a plan leading into the next fire so that the response is effective and we can keep future fires to a minimum, either in size or in number, frequency,” he said.

“The fewer fires we can have the better.”

Nguyen said people should be careful when out in dry vegetation.

“We haven’t had a worthwhile amount of rain in over 200 days,” Nguyen said. “Anything that can cause a spark has a chance of starting the fire.”