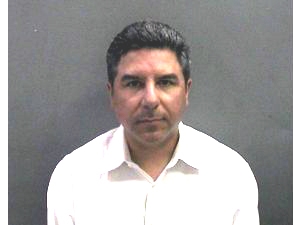 Since early last month, when Orange County District Attorney Tony Rackauckas first accused Carlos Bustamante of a host of sex crimes against at least seven women who worked for him at Orange County Public Works, outrage about Bustamante allegedly did has nearly been equaled by outrage over what his superiors allegedly didn’t do.

Details contained in a Feb. 29 report by Internal Auditor Peter Hughes, obtained recently by Voice of OC, are the latest disclosures that paint a stark picture of official inaction regarding sexual harassment complaints filed by female workers inside the county government.

There is a strong belief among female county workers that if an executive sexually assaults them, they have no hope of a legitimate investigation by county Human Resources officials and will be targeted if they complain.

“Why would they step forward? Look at what’s happened. Nothing,” said Kimberly Salter, past president of the California chapter of the National Organization for Women (NOW), at a press conference on the steps of the Old County Courthouse in Santa Ana this week.

Hughes was assigned to examine the shortcomings of the Human Resources investigations into allegations that Bustamante, who is also a Santa Ana city councilman, was sexually assaulting his underlings.

His report, which led the county Board of Supervisors to refer the allegations against Bustamante to the DA in March, shows that female workers at the county have something to worry about regarding how sexual harassment allegations are handled.

Almost every potential witness expressed fear of retaliation, especially from Human Resources, for testifying about Mr. Bustamante’s misconduct. These fears were pervasive and two potential witnesses refused to interview in the presence of HR employees. The fact that numerous individuals did come forward to testify about work place misconduct only after an independent investigator was present lends support to the allegation that OCPW employees were fearful to come forward to the current OCPW Administration and Human Resources personnel.

Hughes went on to write that county supervisors should act immediately, stating, “Our concern is that these expressions of fear need to be specifically addressed in such a way to ensure a hostile work place environment does not foster reluctance for employees to come forward and report EEO (Equal Employment Opportunity) violations on a go forward basis.”

Hughes also recommended, “The county should consider obtaining an independent assessment by a specialist regarding the clarity and utility of the EEO policy guidance and related instruction and training for senior and executive management.”

The Board of Supervisors received the report after months of internal wrangling with Human Resources officials, who reportedly stonewalled Hughes requests for documents regarding harassment investigations.

“I don’t think there is a culture that in any fashion suggests that women or any employees should be mistreated,” Campbell said. “But I do believe there is a mindset among many of our employees that makes them fearful to report situations in the workforce. I don’t understand it, but I know it is there.”

Campbell said he met with interim CEO Bob Franz Wednesday. Franze was equally concerned about the situation, Campbell said. “We’re looking at bringing in some outside resources to work with HR.”

The Board of Supervisors has refused a public records request by Voice of OC for the audit, citing attorney-client privilege because the report is accompanied by a memo from County Counsel Nick Chrisos concluding that “based on the information provided by Internal Audit, the County could be subject to claims and faces potential liability for the matters described.”

According to the copy of Hughes’ report obtained by Voice of OC, the first letter of allegation against Bustamante was addressed to Public Works Director Jess Carbajal and received on March 3, 2011.

The letter was a half-page long and alleged:

The activities that Carlos Bustamante engages in are not only unprofessional but completely inappropriate. To date no one has done anything about him. He is rarely available and it is widely known that if you need him he is either with female employee one (door closed and locked), with female employee two (door closed and locked) which people seem to think is funny that she walks in with her purse and more makeup on when she leaves his office.

The letter aasserts that “there isn’t one person at OC Public Works who can understand how he is allowed to get away with whatever he wants whenever he wants.”

Hughes’ report noted, “Neither these allegations nor the results of the internal investigation were shared with HRD [Human Resources] (as required by EEO policy), County Counsel or Internal Audit.”

He also noted that two more letters were received later  on Aug. 15 and Oct. 7, 2011. Both letters were scathing indictments of Carbajal, Bustamante and the internal HR managers

The Oct. 7th letter alleged that “OCPW Human Resources Manager had received previous tips/complaints about Mr. Bustamante and had taken them to him (Carlos) and was told how to respond.”

“On November 18, 2011 HRD brought to our attention another investigation of potential EEO violations within OCPW, which HRD substantiated, involving the OCPW Material Labs section.”

According to Hughes, the Public Works Material Labs investigation was prompted by an internal complaint made to the material labs manager on Sept. 23, 2011, alleging serious EEO violations directed toward an OCPW employee from both staff and members of management.”

“It is our understanding that County Counsel was made ware of this investigation and reviewed a Nov. 23, 2011 “ letter of demand” made from an employee’s lawyer and that County Counsel is actively advising OCPW and HRD in this situation,” Hughes wrote.