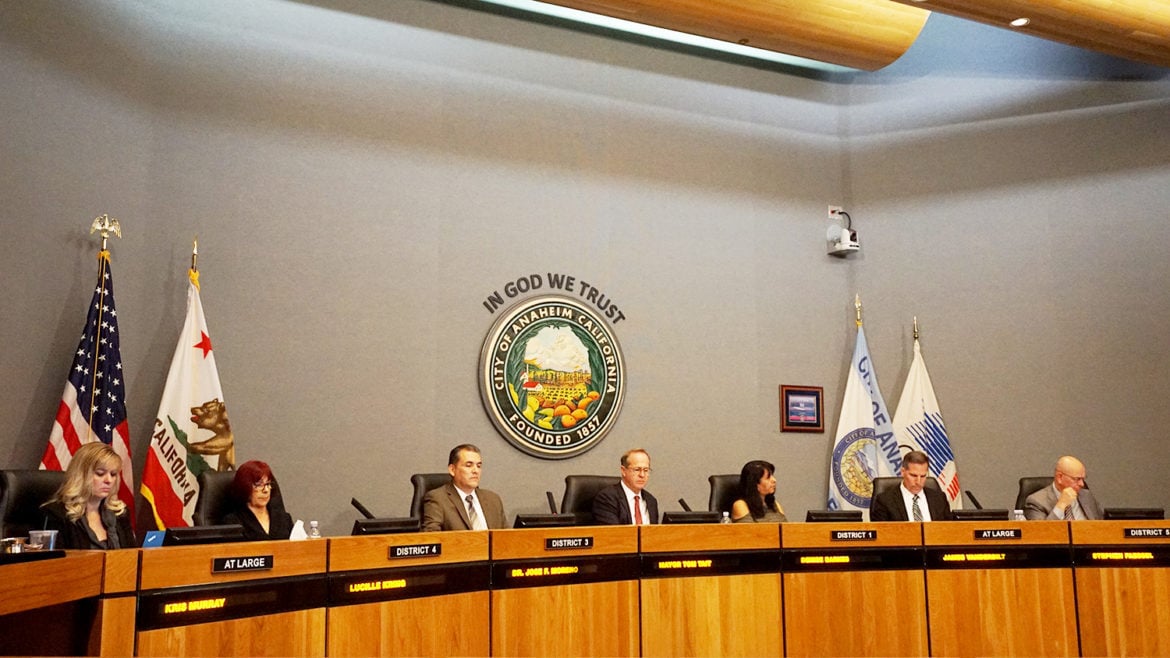 The Anaheim City Council has appointed Robert Fabela as its city attorney, after lacking a permanent appointee to the position for more than a year.

Fabela will begin work on April 9. He currently is general counsel for the Santa Clara Valley Transportation Authority, and prior to that, was senior deputy city attorney for the city of San Jose.

The contract includes a $271,605 annual salary, one-time $8,000 moving allowance and other benefits. The March 6 council vote to appoint Fabela was unanimous.

The top attorney role has had no permanent appointee for more than a year, and the last city attorney appointed to the post was removed after less than two months.

Arturo Fierro was appointed by a previous city council a week before the November 2016 election.

Fierro was the father to former City Councilman Jordan Brandman’s campaign manager and city policy aide, Danny Fierro.  At the time the city council was considering his appointment, Arturo Fierro was also representing a client in a personal injury lawsuit against the city.

After the election, the political make-up of the council changed and the current city council voted at its first meeting to fire Fierro and re-start the search process for a new appointee.

Assistant City Attorney Kristin Pelletier, who served as the acting city attorney before and after Fierro’s appointment, was not interested in the permanent role and will return to her position as assistant city attorney.

Anaheim had the same city attorney, Jack White, for more than three decades, from February 1977 to December 2008, when White retired.

White’s successor, Cristina Talley, served for four years before resigning in 2013 and filing a lawsuit against the city the following year claiming she was forced to resign her post after facing years of age, gender and race-based discrimination.

After fighting the lawsuit for nearly two years, the city opted to settle with Talley for a  $1.45 million settlement.

Talley was succeeded by Michael Houston, who served until April 2016, when he left for a job in the private sector.

Meanwhile, the city is also searching for a new city manager and police chief.