Voice of OC’s food columnist — reporting on industry news, current events and trends. Panoringan’s prior work includes writing about food for 8 years at OC Weekly in which she interviewed more than 330 chefs, restauranteurs and industry professionals for her weekly On the Line column. She has been recognized by the Orange County Press Club and she also is a recurring guest on AM 830’s SoCal Restaurant Show.

A year ago, the biggest concern I had was deciding on the opening story for Voice of OC’s new food column. Fast-forward a few months, and nearly every article since mid-March has been pandemic-centric. In spite of the hardships facing the restaurant industry, I pushed for coverage that focused on a more positive outlook. There were selfless donations, industry pivots and the continued openings of restaurants that demonstrated the resilience of small business for much of 2020. Here are some of my favorite stories from this unusual first year.

The bar industry in general began a self-conscious turn toward promoting beverage menus with temperance. I wrote about a trending Fullerton pop-up of the same name, intrigued by the notion of a dry drinking movement. Foodbeast caught wind of the story and reached out to discuss it on its Katchup podcast. Two months later, as the nation was under quarantine, any and all establishments that served or sold alcohol saw a spike in sales. Social norms of going out for drinks weren’t an option, so cocktails to-go plus wine and spirits were heavily in-demand.

Curbside pickup is available at OC Wine Mart, located at the Brickyard in Orange.

For OC Wine Mart owner Julie Lim, business needed to adapt swiftly at her Aliso Viejo, Orange and Yorba Linda outposts. She was forced to shut down the wine bars, leaving her to come up with additional opportunities for consumer sales. Lim immediately began offering curbside pickup and delivery options. Her business acumen found a workaround for the wine bar: “We also started hosting virtual wine tastings. Our online sales increased, helping us to make up for some of the loss from the wine bar closure.”

The initial closure of dining rooms left thousands applying for unemployment. Chefs and restaurateurs stepped up to support their colleagues in a number of instances. Candace and Allan Tea of Hello Kitty Cafe founded Cali Dumpling Delivery, a specialty food service that raised $20,000 on behalf of affected industry professionals. OC Smoke Kitchen was a drive-thru collaboration run by Daniel Castillo from Heritage Barbecue to nourish families of out-of-work restaurant workers. Most recently, Andrew Gruel of Slapfish created 601 Project (originally named 86 Struggle), a GoFundMe account where proceeds will go toward individuals in need of financial assistance.

From online ordering to previously non-existent patio seating, adapting to the changing dining protocols had restaurants rushing to revise the way service was provided. Those that could adjust were rewarded by a loyal customer base. Despite these updated procedures, the absence of indoor dining from March to early September (and again at the end of November to present) would limit sales for traditionally sit-down eateries.

Creative alternatives to attract business included the addition of preset family-sized meals and DIY cooking kits from Banh Xeo Boys and Taco Rosa. Curbside pickup worked for individuals seeking a brief respite from staying at home, but hesitant to step inside a restaurant. Local government pitched in, creating dining alcoves in Fullerton, Laguna Beach and Orange so patrons could enjoy meals while their food was still hot.

Pivoting was most apparent from select Orange County breweries and distilleries racing to mass produce and distribute hand sanitizer to frontline workers. Blinking Owl Distillery has produced over 15,000 gallons, donating approximately $50,000 worth to local hospitals. Co-founder Kirsten Vangsness separately donated more than $30,000 in sanitizer to organizations such as Black Lives Matter and the US Postal Service. 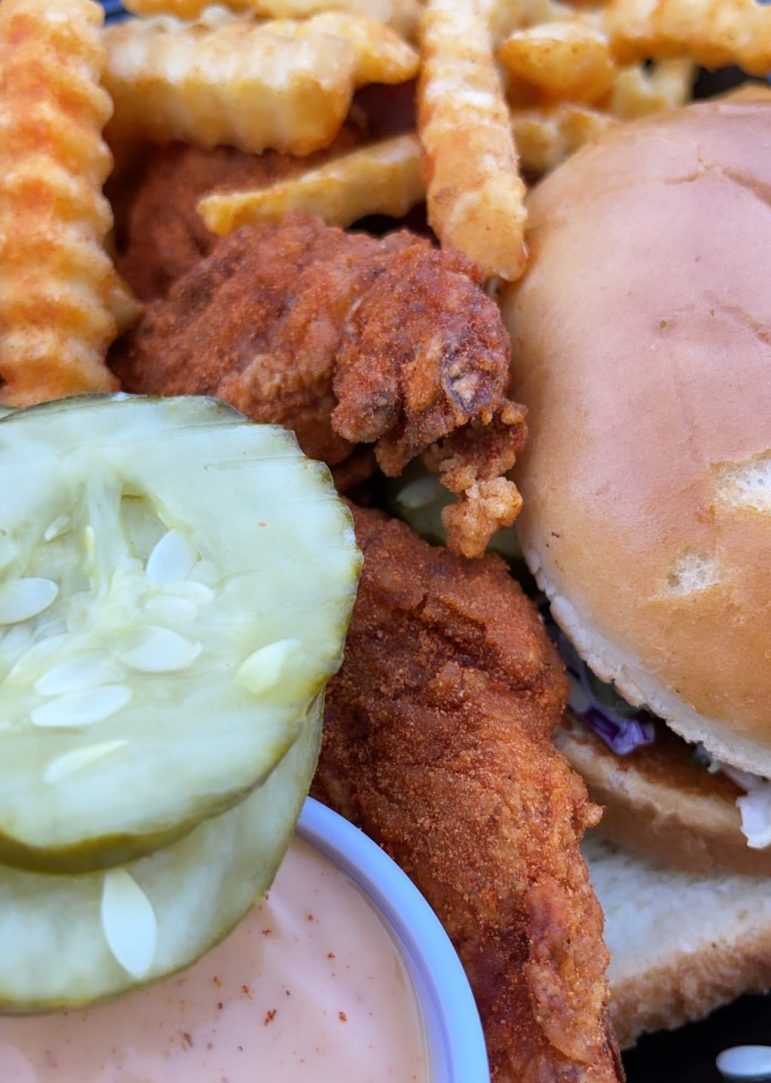 Despite declining sales for existing establishments, a new generation of restaurants emerged. Forced to launch with social distancing, mask requirements and hand sanitizer stations from day one, these concepts cautiously entered the market with aggressive social media campaigns. From QSRs (Quick Service Restaurants) to staffed dining rooms with hosts and waiters, it was a wide range of storefronts.

Chef Sergio Ortega of Chato’s Bar and Grill expresses the sentiment of many, having opened in October: “We’ve been trying to roll with the punches and find the way to keep going, to keep adapting.” What began as a full-service indoor operation transitioned to outdoors. With the ban on outdoor dining, they went old-school with a taco cart, putting al pastor on the trompo to serve up tacos (options include carne asada, chorizo and pollo) in front of the establishment. “We think it’s helped to bring some awareness and visibility to Chato’s, to let people driving by know we’re here and that we’re providing comfort eats at approachable prices given everything that’s going on.”

Large-scale ventures also found their footing, as Rodeo 39 Public Market joined the mix with a refreshing aesthetic and cohesive selection of new and existing Southland brands. Its expansion continues, as additional food and retail concepts along the side patio continue to build out.

The debut of Amazon Fresh supermarket’s second brick-and-mortar infused helpful technology into a cumbersome task. I was eager to utilize the wireless checkout system to avoid having to wait in Costco-sized lines.

2020 was a reminder that the show must go on. Navigating through new requirements compounded with the uncertainty of COVID-19 and how it would dictate business became two more obstacles new and existing restaurants would endure. I have the utmost respect for places that closed their doors this year, as these food and beverage establishments fought through an unprecedented economy of change, a heated political climate, plus the stress that came along with it. Consider that the next time you want to get something to eat. Where will you spend your dollars?

On Saturday, Dec. 12, I spent the morning in-studio at Angel Stadium being interviewed on the air for a couple of segments with Andy Harris of the SoCal Restaurant Show. We went over our meals leading up to the second ban on outdoor dining, as well as my recent article on how restaurateurs were reacting to this restriction. I also looked ahead to 2021 and some new developments in San Juan Capistrano and Costa Mesa. To hear the first segment, follow this link. The second can be found here.

Shout Out to Beer

Besides the city in the 909, Corona beer likely had its worst year ever due to a namesake virus. That didn’t deter it from spreading some holiday cheer this month, the 30th anniversary of its memorable “O’ Tannenpalm” television advertisement. In addition to a decorated palm tree giveaway over Twitter, Corona committed to donating $30,000 to the Los Angeles and Orange County regions of  #HashtagLunchbag, a nonprofit that inspires and empowers individuals by sharing experiences and spreading love through bagged meals filled with nourishment and written correspondence. It may be a rough time to be named Corona, but its heart is in the right place.